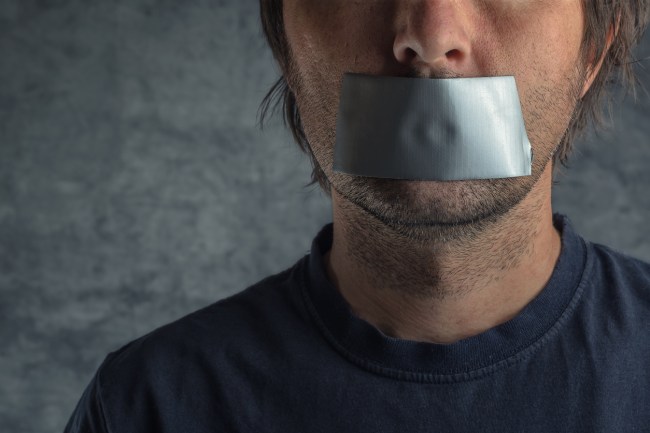 I think most people would agree the Founding Fathers—at least for the most part—did a pretty solid job when it came to figuring out how to build a country from scratch, and while the Constitution finds itself getting updated every once in a while, it’s still chugging along pretty well for a document that’s nearing its 250th birthday.

Based on the number of bumper stickers I came across during a road trip a took across the South a few years ago, I think it’s safe to say more than a few people would pick the second entry in the Bill of Rights if they were asked about their favorite amendment, but as someone who’s a fan of being able to say virtually whatever the fuck I want, the first one is easily my go-to choice.

However, it appears there’s someone in Massachusetts who doesn’t feel the same way.

According to Boston.com, state representative Dan Hunt has decided to give Thomas Jefferson and the gang the finger by proposing a law that would make it illegal to call someone a “bitch” within the state’s borders.

Here’s exactly what that would entail according to the bill:

“A person who uses the word ‘bitch’ directed at another person to accost, annoy, degrade or demean the other person shall be considered to be a disorderly person in violation of this section.”

If convicted, offenders could face a fine of up to $200 or six months in jail—punishments that are usually reserved for sex workers and people who whip their junk out in public.

Jesse Pinkman would be so screwed.