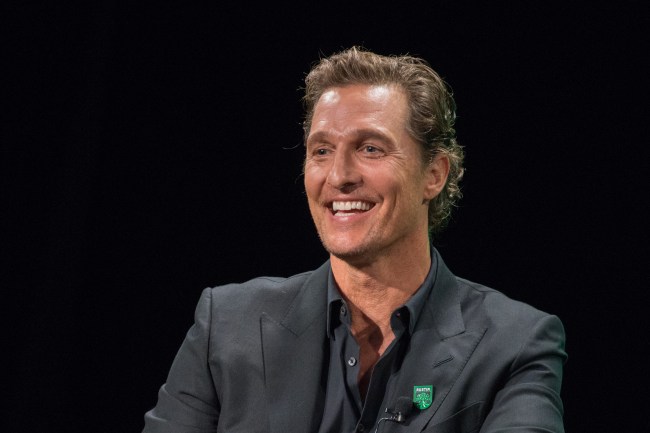 Matthew McConaughey could actually have a real shot about becoming the next Governor of Texas if he chooses to run in the state’s upcoming gubernatorial election.

According to a poll of Texas voters conducted by Dallas Morning News, McConaughey holds a significant lead over incumbent Governor Gregg Abbott.

McConaughey’s double-digit lead over the two-term Republican incumbent is significant. The poll, conducted April 6-13, surveyed 1,126 registered voters and has a margin of sampling error of plus or minus 2.92 percentage points.

But 56% of Republican voters said they’d vote for Abbott, compared with only 30% for McConaughey.

While Democrats broke 66% to 8% for McConaughey, and independents 44% to 28%, more than twice as many Democratic primary voters — 51% — said they wanted a progressive candidate for governor than wanted a centrist — 25%.

The 51-year-old McConaughey recently flirted with the idea of running for governor of Texas during an appearance on “The Balanced Voice Podcast.”

McConaughey told The Balanced Voice Podcast that running for governor in Texas is a "true consideration."

He already looks the part. pic.twitter.com/NtfCpUS7le

““It’s a true consideration [running for Governor]. I’m looking into now again, what is my leadership role?” said the 51-year-old McConaughey to “Because I do think I have some things to teach and share, and what is my role? What’s my category in my next chapter of life that I’m going into?”

There’s still more than a year to go for the Texas gubernatorial election and voters can still change their minds when they learn about McConaughey’s actual stances on policies. With that being said, it wouldn’t be all that surprising to see McConaughey become the Governor of Texas considering a reality TV show host recently became the President of the United States not too long ago.