Matthew McConaughey Teamed Up With Wild Turkey To Give Away 4,500 Birds For Thanksgiving 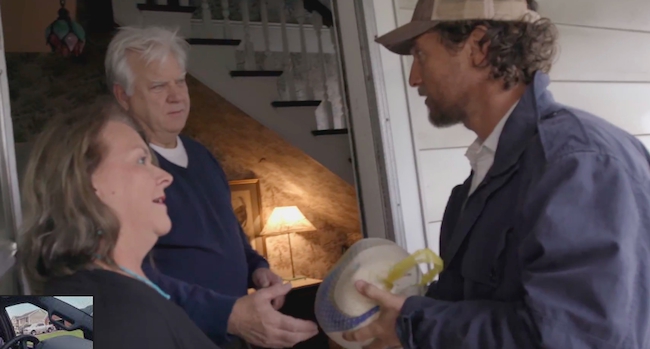 Matthew McConaughey has appeared in close to 50 movies and television shows over the course of his career and even won an Oscar for his acting in Dallas Buyers Club in 2014. However, I would argue that all of his roles pale in comparison to the performances he’s given in commercials over the past few years.

I first fell in love with McConaughey’s incredible gift for plugging products after he appeared in multiple commercials for Lincoln where he basically just played a more dapper version of the character he portrayed in True Detective, and he recently followed them up with a couple of spots for Wild Turkey, who dropped $4 million to hire the actor as their creative director in 2016.

There aren’t many people in the world I would like to sit down with for a glass of bourbon more than McConaughey, who seems as genuinely chill in real life as many of the people that he’s played on screen. He recently confirmed that he’s an all-around genuine dude when he decided to celebrate his birthday by teaming up with Wild Turkey to deliver an actual turkey to every single house in Lawrenceburg, Kentucky— the town the distillery calls home.

McConaughey teamed up with 250 volunteers to complete the ambitious project on November 4th. The actor unexpectedly dropped by a number of houses and even crashed the dressing room of a bride getting ready for her wedding, presumably making the groom incredibly jealous in the process.

I doubt you needed any more proof that McConaughey is one of the coolest dudes in existence, but if you weren’t convinced yet, this video will probably change your mind.