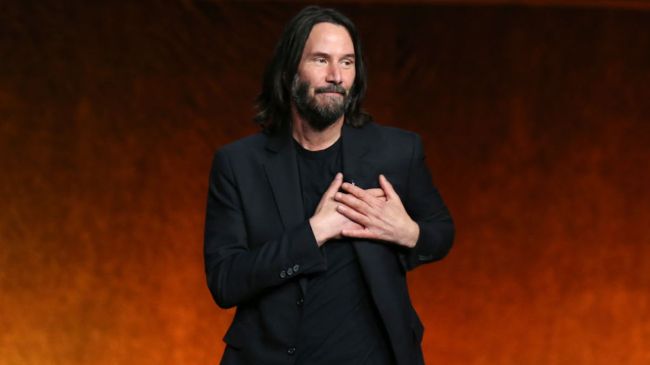 Matthew Perry is set to release a new memoir about his life, career, and struggles with addiction. We wrote about one of the anecdotes from said memoir in which Perry details how he almost died following an overdose — he apparently had a “2% chance to live” — back in 2018. These days, Perry says he’s trying to use his new lease on life to help others who struggle with addiction get sober and I think that’s awesome.

Matthew Perry took an extremely weird shot at Keanu Reeves in his new book: ‘Why is it that… Keanu Reeves still walks among us?’

What isn’t awesome, though, is Perry using his memoir to take a shot at Keanu Reeves, of all people — widely considered to be one of the nicest and most genuine people in all of Hollywood.

We’ve literally written articles about fellow actors referring to Reeves as the “most humble” person they’ve ever met. There’ve been decades-long rumors that he secretly donates larges swathes of his money to charity. Rarely, if ever, has a bad word been said about the dude — until, apparently, memoir-writing Matthew Perry.

“Why is it that the original thinkers like River Phoenix and Heath Ledger die, but Keanu Reeves still walks among us?” he writes in Friends, Lovers and the Big Terrible Thing.

While taking an unprovoked shot at Reeves is strange in and of itself, what makes it even weirder is how threatening it is, as if Perry is suggesting he resents the fact that Reeves is… alive?

As for why Perry mentions the late River Phoenix, the former Friends star made his feature film debut alongside Phoenix — who was Reeves’ best friend — in 1988’s A Night in the Life of Jimmy Reardon.