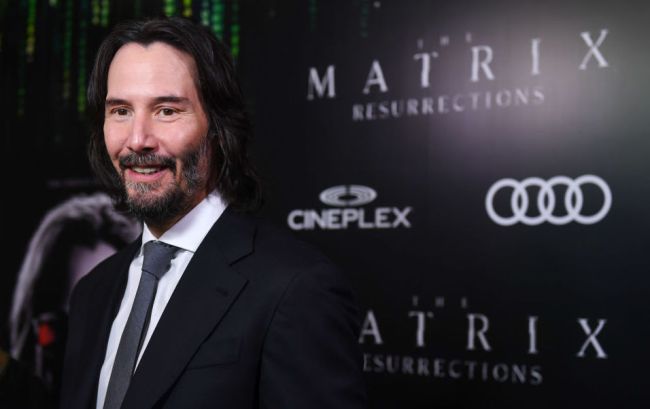 During the course of a career that has spanned over three decades, The Matrix and John Wick star Keanu Reeves has established himself as a cut above the rest, as he’s largely regarded to be one of if not *the* most down-to-Earth movie star in all of Tinseltown.

Ellen Hollman, who portrays an alternate version of Trinity at the start of Reeves’ latest film The Matrix Resurrections recently spoke with Looper about Reeves and only further added to his reputation as the nicest guy in Hollywood.

“Keanu Reeves is not someone who desires attention, does not desire the limelight, he does not desire acknowledgement nor does he desire accolades,” Hollman says, with some reverence. “He is by far the most humble artist that I have ever had the honor of meeting. As a fellow performer, who’s been in the industry over 20 years, I can say that his heart and his kindness are what has allowed him to become the megastar that he is today.” [via Looper]

Hollman also detailed how Reeves, whenever a problem would arise on set, was the first one to solve said problem.

“Anytime … there is some kind of discrepancy, which happens in production, he was the first one to solve the problem.” One time, during pre-production work in Germany, catering didn’t show up. “Because, Germany, there’s language barriers, things happen,” Hollman explains. “So, he would just have a food truck for everyone.”

Reeves remains living proof that no matter what status of fame or success you achieve, you’re never too big to show basic decency to others. That’s the Keanu way.

The Matrix: Resurrections is currently playing in theaters and streaming on HBO Max.

RELATED: A ‘Matrix: Resurrections’ Star Declares That Keanu Reeves Is The Greatest Action Actor Of His Generation