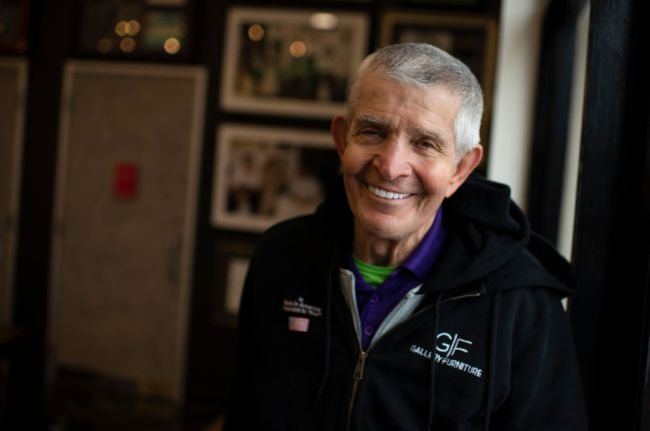 Furniture store owner James McIngvale, better known as “Mattress Mack,” is a patron saint in the city of Houston. He opened his doors to house fellow Texans in need during Hurricane Harvey and Tropical Storm Imelda, and is doing it again as the state deals with an unprecedented winter storm.

Texas has been ravaged by ice and snow that has knocked out power to millions, flooded homes and left people without water or access to food throughout the week. There is little sign of relief until the temperature warms up over the weekend and people are urgently seeking warmth as the region grapples with the historic weather. Many have nowhere to go.

As a result, Mattress Mack said that the first question he asked was, “what can we do to help?” The answer, much like he did with Harvey in 2017 and Imelda in 2019, was to open a couple of his Gallery Furniture locations as shelters for Houstonians.

“When my people are dying and freezing, I am going to take care of them,” he said. “That comes before profit every time.”

Each store — designed to be flood-proof on elevated concrete — also has bathrooms, showers, an in-store restaurant and security around-the-clock. Though the power didn’t start to come back until Thursday, the stores used a large generator for electricity (fueled by McIngvale’s 10,000 gallons of diesel he bought for emergencies) and brought in buckets of water from an outside source to flush the toilets. Both locations are stocked with coffee, hot chocolate, blankets, sweatshirts and meals that are donated or paid for by Mattress Mack himself.

With his two locations, he hopes to provide between 200 and 300 people shelter at each store.

“Anybody who needs it — whether they’re homeless, whether they lost power, whether it’s just wanting to come in and get something to eat — anybody wants to come in, we’re here for them,” he said. “We all have a responsibility for the well-being of the community.”

The 70-year-old McIngvale is allowing as many folks in need as he can without violating Texas’ CDC guidelines amidst the COVID-19 pandemic and everyone must wear a mask upon entry. More than 900 people have spent the night over the last two days, sleeping on recliners, sofas, love seats and anywhere that they could find space.

Mattress Mack continues to be a local hero in Houston and said that he will remain open for as long as people need a place to stay, which could be up to a week or more.