Now Mayim Bialik Is Facing Calls For Her To Step Down As New ‘Jeopardy!’ Host 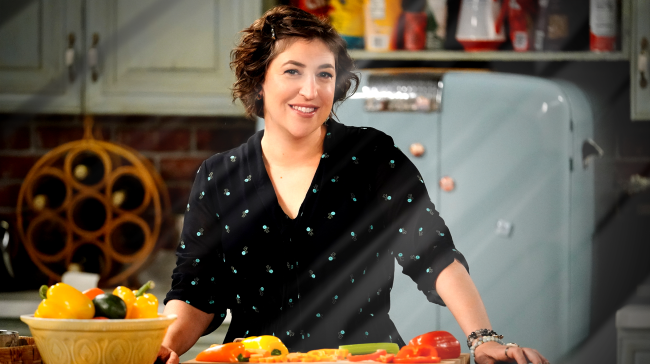 Fans of the game show Jeopardy! have already gotten recently-announced syndication host Mike Richards removed from his new gig over comments he made several years ago as well as two lawsuits brought by two women who worked with him.

Now, his temporary replacement, Mayim Bialik, is also facing criticism and calls for her to step down by fans of the show for past remarks she has made.

Bialik, best known for her roles on Blossom and The Big Bang Theory, is supposed to be taking over as a temporary “guest host” while the search for a permanent host for Jeopardy! continues.

She was initially hired to host new prime time Jeopardy! specials on ABC, but after Richards’ removal she signed on to host at least regular 15 episodes as well.

Happy to be of service to my Jeopardy! family. There’s no place I’d rather be! pic.twitter.com/5ymzx21O8r

Related: None Of The People Alex Trebek Suggested To Succeed Him As ‘Jeopardy!’ Host Got A Tryout

Now, however, there are calls for her to also step down with Jeff Jarvis, former TV critic and current journalism professor at the City University of New York, leading the way.

And while we're at it, keep in mind that Mayim Bialik, though vaccinated, spreads vaccine doubt and hawks brain quackery. She is no representative for a show about facts and authority. Replace the executive producer. Fire the executives over him. And give @levarburton the gig.

In 2012, Bialik wrote a book on parenting called Beyond the Sling. In it, she wrote, “We made an informed decision not to vaccinate our children, but this is a very personal decision that should be made only after sufficient research, which today is within reach of every parent who seeks to learn about their child’s health regardless of their medical knowledge or educational status.”

However, in October 2020, she said in a YouTube video she and her children would be receiving COVID-19 vaccines. She noted it was “very disturbing” for people not to get the COVID vaccine, though she still questioned the efficacy of all vaccines, claiming they’re “never 100 percent effective.”

That was all it took for the cancel culture vultures to pounce.

Well that didn't last long. Now I suppose it's on to the anti-vaccine Mayim Bialik.https://t.co/bPNu9IHxRT

Bialik is now under fire for describing herself as a “proud Zionist” in a 2017 interview with Huffington Post and a 2017 op-ed she wrote for the New York Times in which many felt she was victim-blaming the women who were Harvey Weinstein’s victims of his sexual assaults.

New Jeopardy host Mayim Bialik has some interesting views on Israel-Palestine, including denial that there is an occupation at all. From 2017 👇https://t.co/lXu7kHTDNv

Then there is her work as a spokesperson for supplement company Neuriva, of which Psychology Today said, “there’s a new snake oil salesman in town.”

Her thoughts on women having C-sections has also caused a stir, even though she specifically pointed out, “I do not subscribe to this.”

Bialek has denied or defended all of the claims and accusations that have been leveled against her over the years.

dispelling rumors abt my stance on vaccines. i'm not anti. my kids are vaccinated. so much anger and hysteria. i hope this clears things up.

That hasn’t stopped the Twitter mob from breaking out their torches and pitchforks, however.

I've tweeted about this before, but Mayim Bialik has built a career as a momfluencer peddling the incredibly dangerous idea that parents who opt for non-"natural" methods are causing their children harm. The vaccine stuff is only the tip of the iceberg. https://t.co/v0LArJoMuv

Resign. There’s no place for an anti-science proponent on a show dedicated to the pursuit of knowledge. https://t.co/hdyDDBOPRU

I can’t wait for the internet to dig up some dirt on Ken Jennings so he can’t be the new Jeopardy! host too.

Ken Jennings also had statements in the past he's already apologized for, just like Richards.