Jeopardy! Reportedly Has A New Host In Mind And It Is Currently ‘His Job To Lose’ 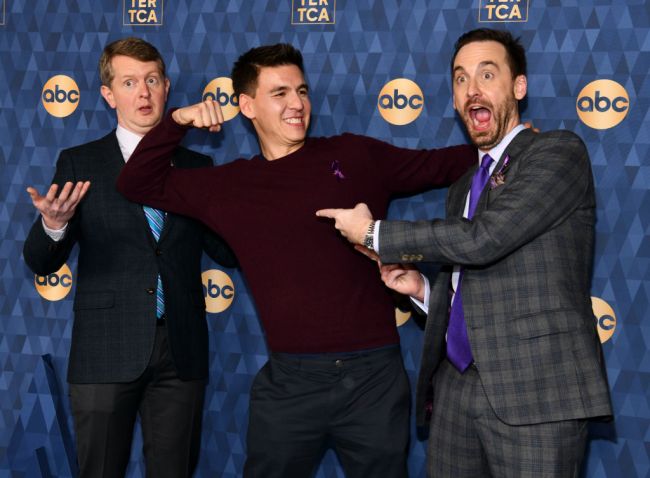 The wild, rollercoaster of a search to replace the legendary, late Alex Trebek as the host of Jeopardy! is reportedly nearing a conclusion and it’s what should have happened in the first place. A former champion is the front-runner.

Earlier this month, Jeopardy! announced executive producer Mike Richards as the new host. Nobody was happy.

An expose on Richards was published not long thereafter and he fell victim to cancel culture for misconduct and inappropriate comments on his podcast. He, to the delight of Jeopardy! fans, resigned from the host role last week.

As a result, the quiz show is back to the drawing board.

Among the top names in the mix are LeVar Burton, Savannah Guthrie, Buzzy Cohen, Mayim Bialik and Ken Jennings. Per reports, this former champion and record-holder for most games won and highest (regular season) winnings is in the lead.

If you answered “Who is Ken Jennings?”, you would be correct.

Former ‘Hollywood Reporter’ editor Matthew Belloni wrote in his newsletter ‘What I’m Hearing…’ that he was “told by two show insiders that it’s now Jennings’ job to lose.”

Additionally, CNN’s Brian Stelter reported that “most of the sources” he spoke with “said Ken Jennings is now the hands-down favorite.”

It is unclear at this time what a timeline might look like to replace Richards who replaced Trebek, but the show it set to resume production with an additional cast of guest hosts today.

Jennings won 74 games in a row and has won more than $4.3 million in his Jeopardy! career. It felt like a no-brainer decision for him to host and now it appears to be coming to fruition.