‘Jeopardy!’ Is Reportedly Close To Naming A Permanent Host And No One Is Happy About The Frontrunner 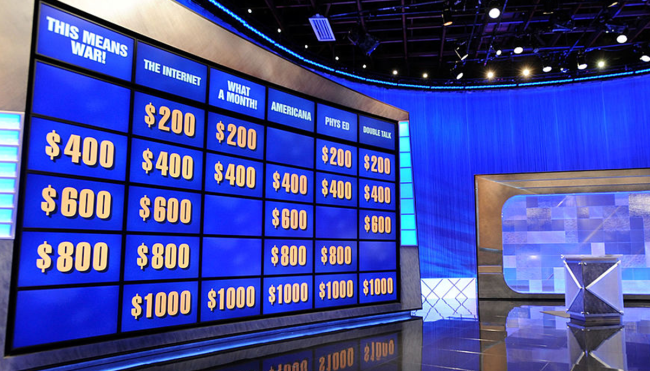 It’s been over three years since Alex Trebek implied he’d started to think about life after Jeopardy!, and while no one could’ve blamed him for stepping away from the podium after he was diagnosed with pancreatic cancer the following year, he battled through the extreme adversity he faced and kept doing the job that made him one of the most beloved figures in the entertainment history before passing away just weeks after filming his final episode.

You could argue that Jeopardy! isn’t *really* Jeopardy! without the presence of Trebek, but the legendary Canadian export was always adamant that the show should continue in his absence. Following a brief hiatus, production eventually resumed as the show harnessed the “host-by-committee” strategy with the help of fan favorites like Ken Jennings and LeVar Burton as well as some absolute wild cards including Aaron Rodgers and Dr. Oz.

According to a recent survey, 23% of Jeopardy! viewers would prefer to see Jennings pick up the torch, but according to Variety, a frontrunner has emerged in the form of the man who took home second place in that poll: Mike Richards, who currently serves as the show’s executive producer.

While the outlet stressed there are other unidentified contenders in the mix, all signs point to Richards currently being the favorite. Prior to joining Jeopardy!, The game show journeyman served as the executive producer on The Price Is Right and Let’s Make a Deal and previously dabbled in hosting on a few programs before showcasing his skillset on Jeopardy! for a couple of weeks following Jennings’ stint.

Now, based on some of the reactions to the news, more than a few fans are less than thrilled with the prospect of Richards taking over.

YALL COULD HAVE A WHOLE ICONIC LEVAR BURTON BUT YOU PICKING CHAD MCWHITERSON FOR… WHAT???https://t.co/Ks2I7ymhYi

— Luvvie is the #ProfessionalTroublemaker (@Luvvie) August 4, 2021

This guy might be the perfect pick because he's already got everyone responding "Who is Mike Richards?" https://t.co/qcDyGWtWiZ

LeVar Burton should be the next host of "Jeopardy!" I can't believe we're even having this discussion. He's the obvious choice.

Me looking at Mike Richards as the potential new Jeopardy host: pic.twitter.com/2w5V7tkKhm

Now, I can understand the backlash, but I also feel like a lot of the negative reactions are overblown. Fans might not be intimately familiar with Richards, but the same could be said about Trebek back in the day, as he spent almost a decade bouncing from game show to game show before he began hosting Jeopardy in 1984. If this doesn’t work out, then we already know there are other candidates to pick from, so if these rumors come to fruition, it’s probably worth taking a breath and giving him a chance.