Aaron Rodgers Claims He Wants To Be The Permanent Host Of ‘Jeopardy!’ 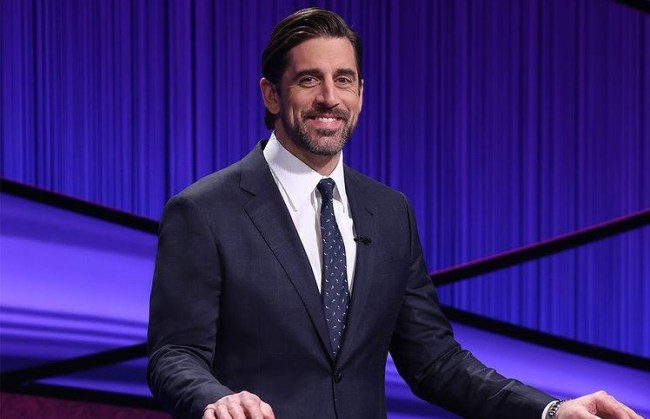 On Monday night, Green Bay Packers quarterback Aaron Rodgers hosted Jeopardy! for the first time, marking his first night on the job in what’s set to be two weeks of hosting the iconic game show.

While your initial reaction may be to assume that the 37-year-old Rodgers is just having some offseason fun, the 2020 NFL Most Valuable Player has indicated that he’s game to become the full-time host of Jeopardy!. In fact, he’s even done the math of how he’d be able to fit in filming Jeopardy! with his football career.

“I don’t think I’d need to give up football to do it. They film 46 days a year. I worked 187 this year in Green Bay. That gives me, eh—[pauses]—178 days to do Jeopardy! So I feel like I could fit 46 into that 178 and make it work. It would be a dream job for sure, and I’m not shy at all about saying I want the job. That’s how I went into it. I want an opportunity to be in the mix,” Rodgers told The Ringer.

“There’s not many bigger fans of the show than me. I’ve been watching it for years and years and years. I respect the show and appreciate the history of it, and also there’s my background of stepping in for a legend and their footsteps. I feel like all that combined makes me a pretty good candidate.”

Here is your host: @AaronRodgers12