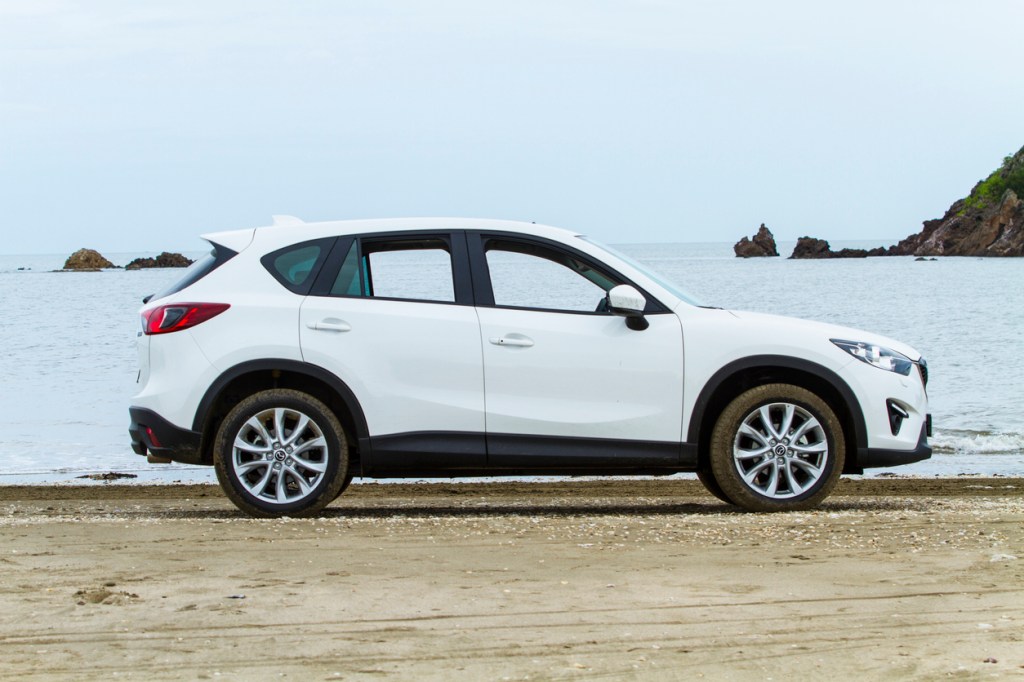 I thought I was going to lose my mind recently when turning on the car. One of my cars is a 2016 Mazda SUV and lately when I turn it on the radio shuts off and restarts every 30 seconds for the entire drive. For some reason, this only happens on the first drive of the day and if I turn the SUV off and let it sit for a bit the issue goes away. But that’s the ONLY thing I can do to make it stop. As it turns out, I’m far from the only person living in Mazda radio hell.

Erik Lacitis is a Seattle Times staff reporter who just exposed a massive problem for Mazda drivers. We were all driving around thinking there was something up with just our cars and SUVs when it’s actually an incredibly pervasive issue. And in Seattle, tons of drivers are actually stuck listening to NPR forever.

I’ve never been able to identify what cause the issue in my 2016 Mazda but in Seattle, here’s where, when, and how Mazda drivers entered radio hell:

They drove a 2014 to 2017 model Mazda, and they had tuned into KUOW, 94.9 on the FM dial, the NPR station. That’s all it took. Somehow the signal the station sent to the modern HD Radio that’s part of the Mazda infotainment center had, as Welding puts it, “fried” a major component. That frying made the radios only play KUOW. No chance of catching a little classic rock or some Dori soliloquies. KUOW. Forever.

This story is wild — some Mazda drivers in Seattle tuned to the local NPR radio station and, because of a glitch, now the *can never tune to anything else*.https://t.co/xea7JPhMPO

Mazda wrote an infotainment system that relies on file extensions, not headers, to determine file types and now everyone who drives a Mazda and listened to a specific radio station in Seattle has a fried radio https://t.co/5NwyOpmy3z

There should be an easy fix, right? When I bought my Mazda new back in 2016 they told me any software updates could be sent remotely to my car. Presumably, they could fix my radio with some updates? Nah. Not even close. Not only can they not fix it via software, according to the report, but they are also charging Mazda owners $1,500 for a replacement part if they want to listen to the radio.

It got so bad for Mazda driver Dave Welding that he had to cover his radio with cardboard because the constant rebooting was actually a major distraction and potential safety hazard while he was driving.

“The lower right field of my vision was seeing like a TV screen going on and off,” he says. Over and over, the screen showed the Mazda logo, then there would be a flash, then the logo split into five new logos.

That’s when he hit the Mazda subreddit and discovered there were countless other Mazda owners experiencing the same problem, and all of them were stuck listening to KUOW (Seattle’s NPR station).

After contacting Mazda and explaining the issue they told him “there’s nothing they can do about it” and said he’d need to spend $1,500 on a new CMU unit (the part that got fried). Paying $1,500 to replace a part that’s clearly faulty sucks, but surely some people out there would fork over the $1,500 if it means they never had to listen to the same radio station 24/7/365 again, right? Nope. The part is out of stock and they don’t know when it will be available again.

After the Seattle Times reporter started pressing Mazda about it they did take action. Mazda has apparently sent “distributed service alerts” to dealers stating that impacted customers “can submit a goodwill request to the Mazda Warranty department on their behalf, order the parts, and schedule a free repair when the parts arrive.” All’s well that ends well, right? Again, nope. The parts still aren’t in stock.

I will 100% be contacting my local Mazda dealer about this but I live in Southwest Florida, the literal opposite side of the country from Seattle. It’s unclear if these ‘goodwill requests’ will be available to those outside of Seattle but the point here is if you’re a Mazda driver losing your mind over a faulty radio, you’re not alone.

You can click here to read the full article on the Seattle Times that I referenced above.