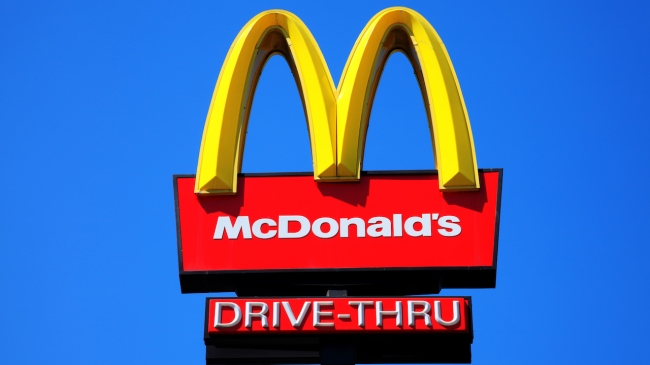 Richard James and Maurice James McDonald are the two brothers who founded McDonald’s, the most successful fast-food restaurant chain in history. They were born in New Hampshire but it was in San Bernardino, California where they launched McDonald’s. Initially, they started a Hot Dog stand in Monrovia, California but took out a loan for a drive-in restaurant in San Bernardino that soon saw the brothers making $40,000 a year. $40,000 in 1940 is roughly the equivalent of $734,211.43 on today’s dollars…

The blog A Wealth Of Common Sense put up an article over the weekend about how ‘how much money is enough?’ and used the story of the McDonald brothers selling their shares in the chain for $1 million (after taxes) each and moving on with their lives. It’s an interesting look at an oft overlooked side of the McDonald’s story.

Most people point to Ray Kroc as the measure of success when it comes to McDonald’s. He was the brother’s milkshake salesmen who, as the blog states, was a high school dropout with a chip on his shoulder and aspirations of building an empire. In the 1960s, they were launching around 100 new franchises every year across the USA and he recognized that Richard and Maurice McDonald had no interest in the grueling travel and work it would take to launch McDonald’s franchises across America. So the brothers decided to get bought out.

By 1961, Kroc’s name was more synonymous with McDonald’s than the brothers whose name was on the sign. Eventually, they all butted heads because each had different aspirations and Kroc decided to buy them out. The brothers asked $1 million each after taxes.

Kroc had to go into debt to do it but the pricetag turned out to be a steal. They let him keep the name and Kroc went on to turn McDonald’s into one of the biggest brands on the planet. Before he died in 1984, his net worth was estimated at well over half a billion dollars.

Kroc’s story is more revered in American hustle culture these days but I’m more impressed with the actions of the McDonald brothers in this story. They figured out how much was enough for them and didn’t worry about the opportunity cost of their decision to sell. (via)

Dick McDonald was asked years later if he had any regrets about selling for only $1 million and his answer was clear: no. But another quote from Abigail Disney, granddaughter of Walt Disney, illustrates how there are two completely different ways to look at how the brothers walked away with their million dollars:

A million dollars was real money in the 1960s. The McDonald brothers already had the life they desired and weren’t looking to work as hard as Kroc to turn McDonald’s into the behemoth we know and love today.

Years later Dick McDonald was asked if he had any regrets about selling out for far less than he could have made had he just held onto his ownership stake. No regrets, he said, “I would have wound up in some skyscraper somewhere with about four ulcers and eight tax attorneys trying to figure out how to pay all my income tax.” (via)

They had nice homes. New Cadillacs every year. They figured out how much was enough and moved on with their lives to live in happiness. This makes perfect sense to a lot of people. But many others think about what was left on the table.

This quote from the blog post on A Wealth Of Common Sense illustrates how people who inherited their money, and those who stay hungry for more, look at this story differently than the brothers who walked away rich and happy.

Walt Disney’s granddaughter, Abigail Disney, discussed the problem with using money as a primary measure of value in life in an interview last year:

“They did a study at the Chronicle of Philanthropy years ago where they asked people who inherited money, “What amount of money would you need to feel totally secure?” And every single one of them, no matter what they had, named a number that was roughly twice what they inherited. So that’s what you need to know about money, right? If that is your primary measure of success or value in life, then good luck with that, because it will never feel good.” (via)

I think the reality here is you don’t have to pick a side. It’s not cut or dry. If you put yourself in the shoes of the brothers it’s perfectly reasonable to second guess how much money you could’ve made if you’d stuck around. Generational wealth that could’ve led to a fortune in the billions. Or you could recognize that everyone has some number that is enough for them to be happy and once that number is hit they can walk away and live their lives.

Pushing past that number can cause a person to readjust their expectations in life. To always be chasing some unattainable fortune that’s always 2x whatever makes up their net worth. A never ending pursuit of wealth. That’s a great path to be on if you’re the type of person who loves work because in that instance the work will never end.

You can check out the full blog post over on A Wealth Of Common Sense by following that link.