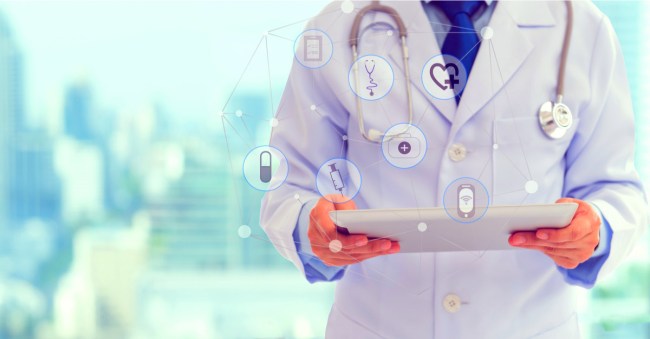 Artificial intelligence sometimes gets a bad rap, but when applied in the proper way it can be a life-saver. One example of AI being used to better our world is a new app created by Excel Medical that can predict the coming of a person’s unexpected death.

Now, not many people would want to know when they are going to die years in advance, but knowing that something bad is going to happen in the next six hours? Something that could kill you? I think we’re all down for something like that.

According to IFL Science, Excel’s new WAVE Clinical Platform uses an algorithm that can accurately predict whether medical patients could be at risk of a sudden, unexpected death.

Here’s how it works…

The application takes data from patient physiological monitoring systems and electronic medical records (EMR). It stores and manages the data and runs analytics on it, presenting its findings in realtime, either through the EMR system, central monitor, or a smartphone and tablet app.

There are 400,000 deaths per year from preventable deterioration, Excel Medical’s Chief Strategy Officer Mary Baum told Healthcare Analytics News™ in an interview. She said the number was equivalent to 2 airliners colliding every day of the year.

“It is like air traffic control. We’re not trying to do everything, but we’re trying to keep the planes from colliding,” Baum said.

The WAVE Clinical Platform is the first AI platform of its kind to ever be cleared by the FDA. According to a statement from Excel, “WAVE automatically calculates risk, giving an at-a-glance early warning of patient deterioration up to six hours in advance of when clinicians would otherwise notice — and while there is still time to prevent further deterioration.”

For now, Excel Medical General Manager Lance Burton says the application will only be used in hospitals, but they may expand their scope to wearable devices that are used outside of a hospital setting.

“In the future, we’ll be looking outside of the hospital. It makes logical sense, since CMS is focused on more of a longitudinal view of the patient and the responsibility of healthcare providers and hospitals,” he said. “When looking at 30-day hospital readmissions, ICU readmissions, code events, and rapid response team activations, this platform’s going to be a real powerful tool to address those problems.”

Burton also says that everything their company does is focused on their goal of eradicating unexpected deaths in hospitals, “People may say zero unexpected deaths is unattainable. We say anything other than zero is unconscionable.”