Reason That Philly Judge Sucks #1763: Meek Mill Isn’t Allowed To Drop His Son Off At School 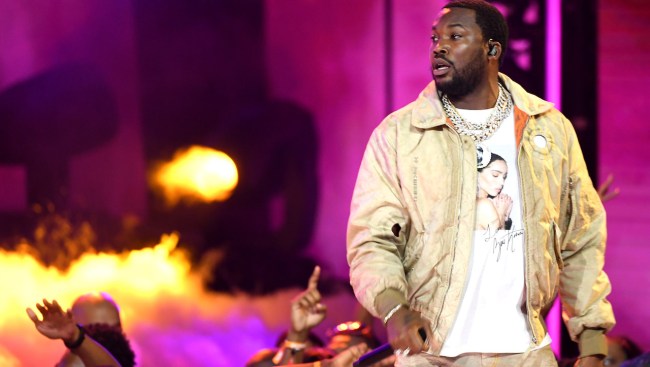 Meek Mill’s unfortunate trouble with the law has been well-documented. So well-documented, in fact, that there’s a documentary chronicling Meek’s decade-long legal trouble coming out on Amazon Prime this August. See what I did there?

Meek Mill, born Robert Rihmeek Williams, has been on probation since he was 19-years-old, when he was arrested on drug and weapons charges back in 2008.

However, when Meek’s legal trouble becomes so well know is when he was sent to prison back in 2017 by Judge Genece Brinkley. Brinkley, who has since been investigated by the FBI, sentenced Meek to 2 to 4 years in prison for failing a drug test while on parole.

Since being released from prison, Meek has — in his words — “dedicated himself to justice reform and making sure that the people don’t belong in prison is [sic] not in fucking prison.”

Yet despite his commitment to positive change for others, his life still remains a struggle, as he reveals in a recent interview with CBS This Morning that the nature of his parole does not allow him to drop his son off at school.

“Even if it’s to the next county over. If it’s out of the city, if you don’t ask for permission, you could get the rest of your probation time given to you as jail time legally,” Meek begins.

“My son lived in New Jersey, but I lived in Philadelphia, and the bridge is a 15-minute ride. It’s just a bridge. I couldn’t go get my son from school when I wanted to, ’cause you know, some days I would get off work early. I would just have a free day, and I would just want to pop up at my son’s school and get him from school. I’d been out of town for two weeks in a row working. Can’t really do it.”

Meek is still fighting his decade-old probation case, as his lawyers asked an appeals court today — Tuesday, July 16 — to overturn his 2008 charges on that grounds that Judge Genece Brinkley has a grudge against the Philadelphia rapper.

You can check out Meek Mill’s full interview with Gayle King on CBS This Morning below: