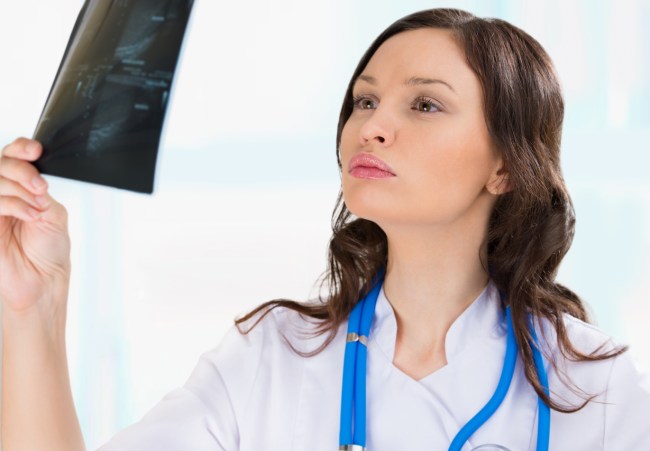 Although we try and protect our cock dogs from all the potential hazards lurking out there in the cruel, cold world, there isn’t anything we can do the guarantee their safety at all times. Aside from wrapping that rascal when bumping uglies with beer-bellied barflies and not ripping them off during those spirited whack sessions, it’s a dangerous world out there for the average dick.

Sure, we can be extra careful in the shitter, trying not to go all Hellraiser on our foreskins by getting them caught in our zippers. We can even be extra diligent on the dating scene and do our best to stay away from those some super-psychotic, Lorena Bobbitt-like chicks who would almost certainly cut off a man’s Johnson with a pair of scissors as soon as she even suspects that he might be cheating. But there is nothing we can do about the fact that our peckers are getting older, becoming less functional and shrinking with each passing day. Sorry fellas, but it’s true – the old walrus, regardless of how endowed and pretty it may have been in your early years, is getting smaller.

A recent article from Fatherly indicates that men are starting losing size below the belt once they enter their thirties. It’s just about the time when most guys start to settle down, have children and begin a new life where one’s giggle stick is used almost exclusively to piss. It’s all downhill for the dong from that point forward, according to Florida-based urologist Dr. Jamin Brahmbhatt.

“The penis can lose about a centimeter of length from your rock solid thirties to when you’re in your about to retire sixties,” he said.

But don’t panic. It’s not like you are about to become a middle-aged Eunuch. When standing in front of a mirror naked, examining yourself in sheer disgust and wondering when in the hell you transitioned from a full-blooded jock star to a sorry sack of pig shit, you probably won’t even recognize that your millimeter peter is less impressive than it always has been. But it will be smaller. 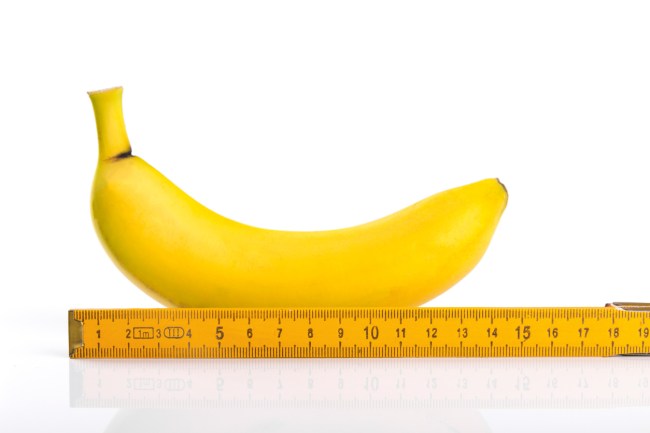 The reason for the incredible shrinking sausage is it’s just the dick’s way of moving into retirement. If you’ve lived your best life — as the kids of today would say — that old muff thumper of yours should have seen enough action to be celebrated as war hero every Veterans’ Day from here on out.

By the time a man has reached his sixties, his baby Impaler, while dawning the appearance of an old piece of diseased beef jerky, has likely been exposed to the good, bad and the puke worthy. If you stop and think about it, your tuna whacker was first to enter some hairy territory during those countless drunken benders in your twenties. And let’s not forget all of the beatings it endured at your own hand. By all accounts, that purple headed warrior should be given the medal of honor for surviving as long as it has in the trenches without falling off from a staph infection. Unfortunately, some of our loyal broners were not that lucky. And for our fallen fuck soldiers, we lament: Here lies Russell the Love Muscle. He came and saw a lot of shit. RIP.

Scientifically speaking, a loss of collagen and elasticity in the penis can cause diminished blood flow where it counts, which can turn those once throbbing tonsil ticklers into lifeless, limp noodles. Did somebody order PF Whangs?

So, it’s not like your brotwurst is actually getting smaller – it’s more like it’s just not standing up as straight as it used to.

“Over the years, the balloon can lose air, but the actual size and coating of the balloon itself does not change,” Dr. David Shusterman, urologist and founder of NY Urology, told Fatherly. “The same is with the penis. They get less full because the veins that are meant to make it bigger are aging.”

Some of you reading this will end up with prostate cancer and other prick diseases that can cause the penis to deflate. But never fear, that measly smegma slinger doesn’t have to live out the rest of its days looking like Quasimodo on opium. There are a variety of treatment options now available for lackluster love sticks, whether it is shock therapy (admittedly, not one of our favorites) or beating it with a rubber mallet. Wait, that one is for gonorrhea. Never mind. Still, preventative maintenance is really the best course of action for keeping one’s middle leg from becoming disabled. Sadly, there is no handicap spot for the poor bastard riding around with a Stephen Cocking.

“The reason many men have a larger loss of size over time is usually due to an enlarging belly. The more fat you have in your belly, the less visible your penis,” Brahmbhatt explains. “Best tip to give men to avoid loss of a ton of visible penis is to stay in shape and avoid the belly fat,” he added.

Although some research shows that women really do not give two flying squirts about the size of a man’s penis, the truth is that’s just propaganda perpetuated by science slobs with little dicks. There, we said it. Here’s the thing — women can be devious when it comes to protecting their secrets, so men really cannot trust reports that suggest that more than 80 percent of them are satisfied with the size of their partner’s poon porker. That said, in several years, the only thing these girth hungry females are really going to be interested in is a penis that functions properly. So, take care of your dong, because the only thing worse than having a little one is one that doesn’t work.