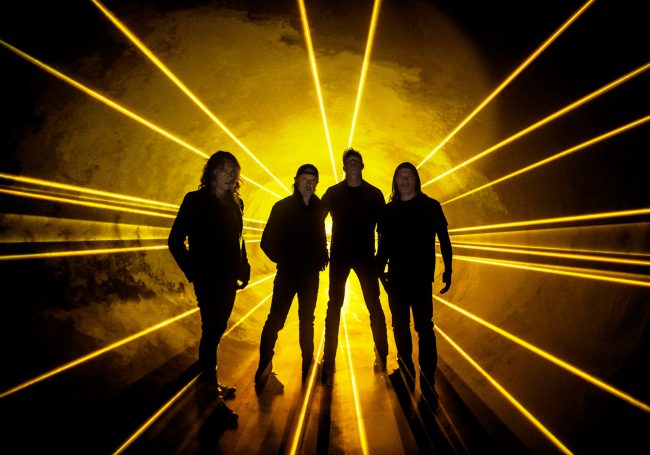 I can’t say I woke up today expecting to hear a new Metallica song, but here we are! What a pleasant surprise.  Metallica just released Lux Æterna, the metal band’s first new song in six years. They also announced that they’ve been quietly grinding away on a new album, titled 72 Seasons, available on April 14th, 2023.

Metallica released the song out of thin air. It’s a remarkable feat for a band that’s been at it for 41 years.

Lux Æterna is a certified banger (listen below), with all the DNA of a classic Metallica opus: Screeching syncopated guitar riffs, breakneck drums, and soaring chorus.

In a statement, James Hetfield waxed on the concept behind the album:

“72 seasons. The first 18 years of our lives that form our true or false selves. The concept that we were told ‘who we are’ by our parents. A possible pigeonholing around what kind of personality we are. I think the most interesting part of this is the continued study of those core beliefs and how it affects our perception of the world today. Much of our adult experience is reenactment or reaction to these childhood experiences. Prisoners of childhood or breaking free of those bondages we carry.”

Metallica also announced the M72 World Tour, with a leg in Europe before stadium shows. The show kicks off a couple of days after the album’s release, on April 27 in Amsterdam. The band will be joined on the road by Pantera, Five Finger Death Punch, Mammoth WVH, Ice Nine Kills, and Greta Van Fleet.

US and Canada dates include stops in:

Isn’t it fun when great music surprises you?