Officials Missed A Blatant Out-Of-Bounds Call In The ACC Tournament, Almost Ruined The First Cinderella Bid Of The Year 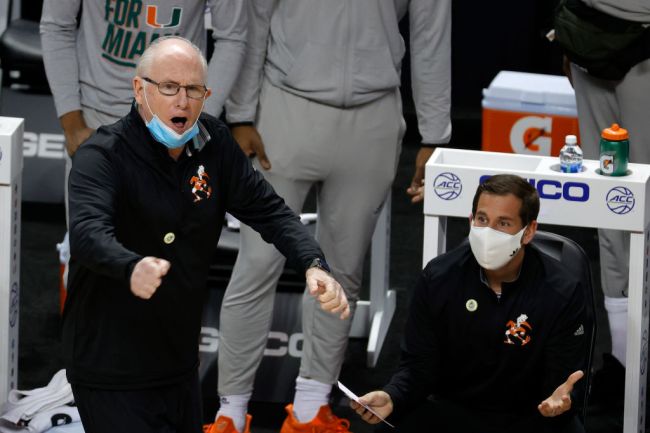 Miami basketball is 2-0 in the ACC basketball tournament after two upset victories in back-to-back days. The No. 13-seeded Hurricanes won their First Round game against the No. 12-seed Pittsburgh Panthers on Tuesday and knocked off the No. 5-seed Clemson Tigers on Wednesday. Jim Larrañaga’s team is playing good ball and will face No. 4-seed Georgia Tech in the Quarterfinals on Thursday with hopes of keeping their Cinderella, bid-stealing hopes alive. At 10-16, the only way that Miami can reach the NCAA Tournament is by winning the conference bracket, an opportunity that was nearly robbed from them in the final moments of their Second Round matchup.

The U went on to win a one-possession game to advance, despite a blatant missed call late in the game. Clemson had the opportunity to take the lead with less than 30 seconds remaining and guard Isaiah Wong proceeded to step out of bounds under the hoop off of the inbounds pass. The referees did not see it— even though he was a good three feet beyond the baseline.

Clemson was only a foot out of bounds here, literally and figuratively. What are you looking at, ref? At least Miami escaped. pic.twitter.com/TfF6bRtvCo

Fortunately, the Tigers did nothing with the possession and the Hurricanes pulled down the rebound and made a few free throws to escape with the win. Thus, the officiating did not cost the first power-five Cinderella hopeful with the missed call, but it nearly did.

How do the refs not catch this out of bounds call in the last minute of the Miami/Clemson game?!? #ACCTournament pic.twitter.com/oVCNnlp7Rw

There has been a lot of criticism surrounding the amount of replays at the end of college basketball games, but in this instance, stopping play to take a look would have been helpful. Miami has a difficult road to the Big Dance, but its hopes are still alive and those of us who root for chaos within the sport hope that they make a run.