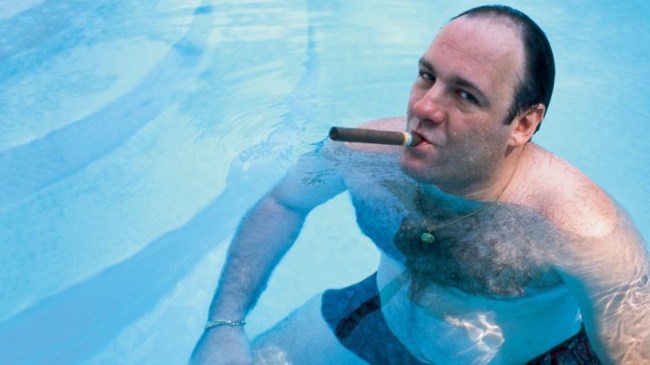 Despite having never acted professionally, Michael Gandolfini is set to portray an iconic character in his feature film debut, as he’s been cast to fill his late father’s shoes in the role of Tony Soprano in the upcoming prequel film, The Many Saints of Newark.

Michael, the eldest child of late The Sopranos icon James Gandolfini, will be making his feature film debut next year when he stars as a young Tony Soprano in The Many Saints of Newark.

The Many Saints of Newark is a full-length prequel movie written by series creator David Chase and directed by frequent collaborator Alan Taylor, who has helmed some of television’s most iconic shows over the last 20 years, including The Sopranos, LOST, The West Wing, and Game of Thrones.

Speaking to Esquire in an exclusive, and excellent, feature interview, the young Gandolfini revealed that in order to prepare for the role, he watched The Sopranos for the first time ever, and singled out two scenes that reaallllly just rocked him squarely in the feels:

“There’s a scene where Meadow comes home late at night, and he’s sitting with a drink, and he’s like, ‘You know I love you, right?’ That hit hard,” Michael says.

“The other one that crushed me was when he yells at A. J., and he gets a pizza to apologize, and he sits by his son’s bed and says, ‘I couldn’t ask for a better son.’ I just knew he was talking to me in that scene.” [Esquire]

In addition to Gandolfini, The Many Saint of Newark — which is set the 1960s Newark during the infamous riots — also stars Alessandro Nivola, Jon Bernthal, Vera Farmiga, Corey Stoll, Billy Magnussen, Joey Diaz, and Ray Liotta.

With Alessandro Nivola portraying Dickie Moltisanti — Christopher Moltisanti’s father — it has been rumored that Bernthal will be portraying “Johnny Boy” Soprano, Tony’s father.

The Many Saints of Newark is scheduled to be released in theaters in the United States on Friday, September 25, 2020.