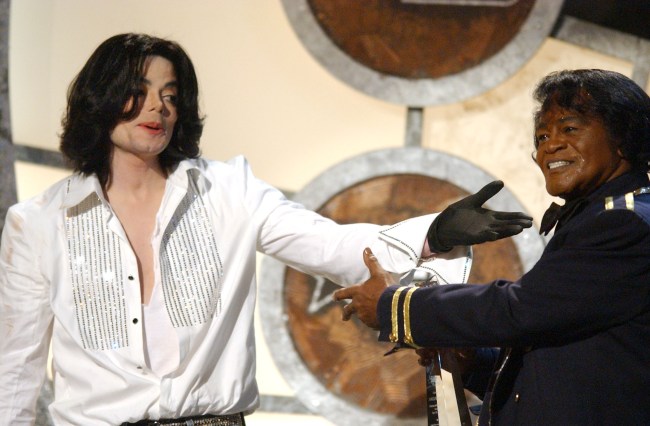 I’m not typically in the habit of sharing ‘Throwback Thursday’ or ‘Flashback Friday’ articles but I came across this video on Twitter earlier today and wanted to share it with you bros for several reasons. First up, not seeing Prince perform live in concert before he passed away is one of my all-time biggest musical regrets. I guess the closest I’ve ever come was watching his live Super Bowl halftime performance which is the greatest halftime show I can remember.

Generally speaking, I was too young to ever see the King of Pop perform live. Michael Jackson’s final concerts before his death were in London in 2009 and 2010 but his last full tour in the USA (and world) was in 1996-1997 and my parents certainly weren’t going to fork over $$$$$ for me to see Michael Jackson back then.

Now that I’ve rambled about nothing for a while I guess I should get the point: the time James Brown invited Michael Jackson and Prince on stage back in 1995. James Brown first invited MJ up who busted out a few bars and some dancing before Jackson whispered into Brown’s ear that Prince was also in the crowd and he should invite him up as well. The whole clip has captions so it’s pretty easy to follow:

I mentioned above that I was never able to see I was fortunate enough to see James Brown perform at Bonnaroo in 2003. I was actually just a few feet away from him as he was on stage because I was riding the rail up front and one of the security guards let me jump the fence to take a piss in the security port-o-potty because I was pretty much trapped by the thousands of people in the crowd behind me. That security guard was definitely a real one.

Here’s ‘I Feel Good’ from that 2003 James Brown performance at Bonnaroo:

I spent a small fortune last week on Rolling Stones tickets for this Summer. I’ve decided that I’m going to start checking off the ‘bucket list’ bands that I haven’t seen yet and The Rolling Stones are probably at the top of the list.