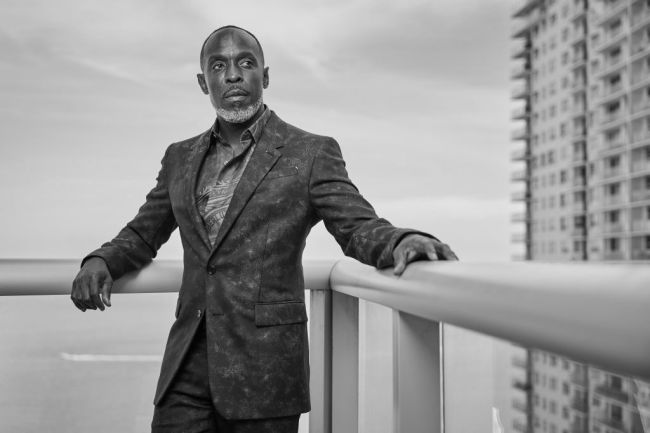 On Monday, September 6, news broke that 54-year-old actor Michael K. Williams — best known for his role as Omar Little on the legendary HBO series The Wire — had passed away. According to reports, the death is being investigated as a possible drug overdose, and the city’s medical examiner will determine the cause.

“It is with deep sorrow that the family announces the passing of Emmy-nominated actor Michael Kenneth Williams. They ask for your privacy while grieving this insurmountable loss,” Williams’ longtime rep Marianna Shafran said in a statement.

Following the news of Williams’ death, actors and actresses across Hollywood took to social media to pay tribute to the widely talented performer, who was also well-known and beloved for his roles of Albert “Chalky” White on the HBO series Boardwalk Empire.

The depth of my love for this brother, can only be matched by the depth of my pain learning of his loss. A immensely talented man with the ability to give voice to the human condition portraying the lives of those whose humanity is seldom elevated until he sings their truth. pic.twitter.com/EvrESGSK8O

From my heart, years ago. I said it then, and it must be said now…… pic.twitter.com/qD09DEprw3

Michael K. Williams: One of the kindest, gentlest, most genuine, giving and courageous souls I've ever met. Rest in peace, my brother. #MichaelKWilliams pic.twitter.com/tqjAnGhQDY

I feel punched in gut to learn we’ve lost Michael K Williams. Soul anguished. Getting to work with him was one of the greatest privileges I’ve had in my career. My admiration for his talent was boundless, like so many. If he was in a scene he was the best thing about it. Period.

Michael K Williams, in addition to being one of the most talented actors around, was also one of the kindest, sweetest, most gentle souls I’ve ever met. This is heartbreaking. My thoughts are with all those who loved him. ❤️

Horrible, sad, and unbelievable to think we’ve lost the fantastically talented Michael K. Williams at the age of 54.

Among the greatest performances tv and film has ever seen – https://t.co/sOzbvsLVNC

According to The Hollywood Reporter, Williams is “widely expected” to win his first Emmy Award — Best Supporting Actor in a Drama Series — for his performance as Montrose Freeman on HBO’s Lovecraft Country in just 12 days time on September 19. The report makes note that Williams was expected to win the award even before his untimely passing.

Williams was previously nominated three times Best Supporting Actor in a Limited Series or Movie nominations for his work in Bessie (2015), The Night Of (2016), and When They See Us (2019). Shockingly, Williams was never nominated for his performance in The Wire, which was famously and routinely snubbed by the Emmy Awards, having never won a single Primetime Emmy Award nor received any major nominations, except for two writing nominations in 2005 and 2008.

Our thoughts are with the friends, family, and loved ones of Mr. Williams during this difficult time. May he rest in peace.