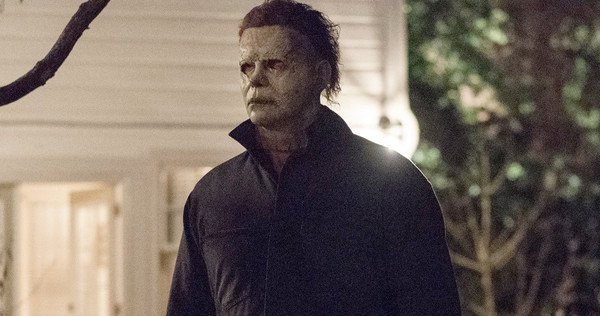 THE MASK IS BACK! There’s a brand-new Halloween coming this year and we get our first spine-chilling trailer for the horror classic. The whole gang is back — Michael Myers, his mask, Jamie Lee Curtis as Laurie Strode, and even the iconic piano theme.

Despite the familiar faces from the 1978 original, the upcoming Halloween ignores all of the sequels of the slasher series. This means that Laurie Strode is not related to Myers any longer as she was in 1981’s Halloween II.

The Blumhouse Productions (The same studio that did Get Out) movie is executive produced and scored by original filmmaker John Carpenter. The reimagined fright fest gets a fresh new take with the script written by Danny McBride and the director is someone Kenny Powers knows very well: David Gordon Green, who helmed Vice Principals and Eastbound & Down.

“We were trying to come up with what our take would be and really just found an original path that more or less takes the first one as our reality,” Green told Collider. “[That film] kind of sets the tone for our story or history and then we jumped 40 years into the future and we see how the world today responds to, was affected by, how we meet our characters in a different phase of their life under the reality of this traumatic event and have to come to terms with some of these issues. Anyone who’s a fan of any of these films will find nice little Easter Eggs acknowledging our salute to the filmmakers that have preceded us in the stories and mythologies as they’ve unfolded.”

“I just felt like that was an area where he wasn’t quite as scary anymore, it seemed too personalized,” McBride said. “I wasn’t as afraid of Michael Myers anymore because I’m not his fucking brother, so he’s not coming after me. Also you’ve seen it, so wouldn’t it be interesting just to see what would happen if it wasn’t that, and what does that open up for us if it wasn’t this random killing that has affected this character, so it just seemed like new territory.”