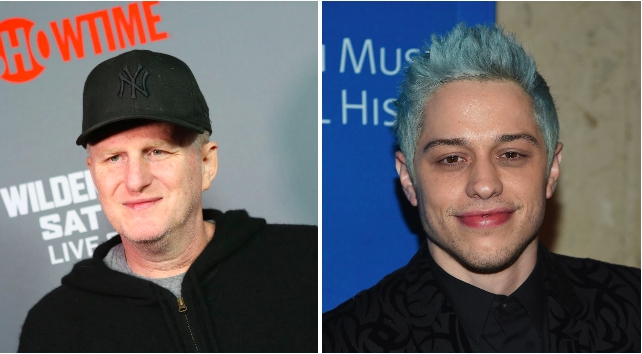 Pete Davidson became the whipping boy of the internet a couple months back when his engagement to Ariana Grande ended unceremoniously after declaring their everlasting love for each other with several tattoos. The world wide web has a tendency to pile it on, but the mockery came to a screeching halt when the 25-year-old got candid about his suicidal thoughts “only in the hopes that it will help bring awareness and help kids like myself who don’t want to be on this earth.”

Just this weekend, Davidson deleted his social media accounts after posting a distressing message to his followers that read:

“I’m doing my best to stay here for you but I actually don’t know how much longer I can last. All I’ve ever tried to do was help people. Just remember I told you so.”

The NYPD was then asked to perform a wellness check on his and found him at SNL’s 30 Rockefeller Center.

Actor Michael Rapaport is walking back harsh comments he made about both Davidson and Kanye West around the time of Davidson’s cry for help. In since deleted tweets, the 48-year-old Rapaport wrote:

“Pete Davidson & KANYE must really not have Homeboys for real. These are 2 whinny [sic] ass bitching ass social media Babies.”

Rapaport then posted videos doing impressions of Davidson and West crying over Ariana Grande and Drake.

The actor and comedian then posted a tweet apologizing for his insensitivity.

Didn’t realize Pete Davidson posted an actual genuinely scary IG note. Had no clue. Was not informed of all of those details. Would never mock someone when they’re truly down. Sincerely. I thought this was all the daily normal gossip of the day & was doing my daily take.

Hopefully Davidson can get the help he needs and take it one day at a time to crawl out of the darkness. The dude has such a bright future ahead of him and has been a central figure in bringing the mental health conversation into the mainstream.