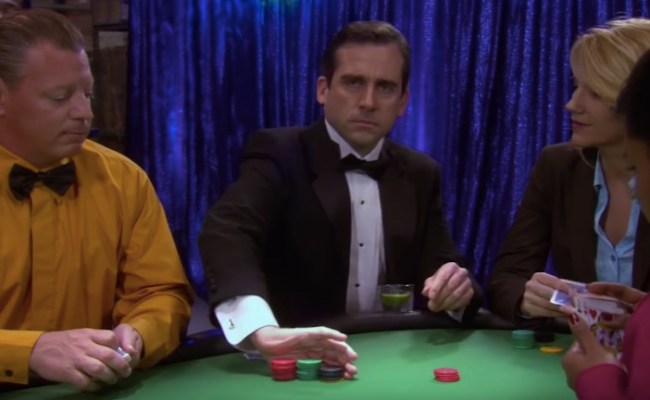 Witnessing a temper tantrum is such a massive bummer it’s hard to even wrap my mind around how NBC’s The Office made them into something entertaining.

I don’t have kids or younger siblings so seeing a temper tantrum is usually something that only happens for me when I’m at the airport or mall and I see some defeated parent trying to wrangle their kid out of an epic meltdown. On and on that note, Michael Scott was never too far off from the behavior of a child and that’s one of the things that makes this video work so well.

NBC’s The Office has been off the air since 2013 but the show lives on thanks to Netflix and the modern phenomenon of binge watching. There are legions of people out there who pretty much pay for Netflix just to avoid buying The Office DVDs.

For me, 30 Rock will always be the best NBC comedy from that era but I’ve been re-watching episodes of The Office lately and it’s 100% one of the all-time great TV comedies. Everyone’s entitled to their own opinion but I think The Office wasn’t nearly as good after Steve Carrell left the show and characters like Robert California and Andy Bernard moved into the limelight.

This supercut of Michael Scott’s best temper tantrums show why he was the best even when he was at his worst.

Is there any better way to start a dreary day than by revisiting the best of NBC’s The Office? Sure, you could be working right now but that would be foolish. Working too much can have very dire consequences on your stress levels and health, but can watching too much of The Office ever make you sick? No, it cannot.

Check out a few more supercuts to the day going: