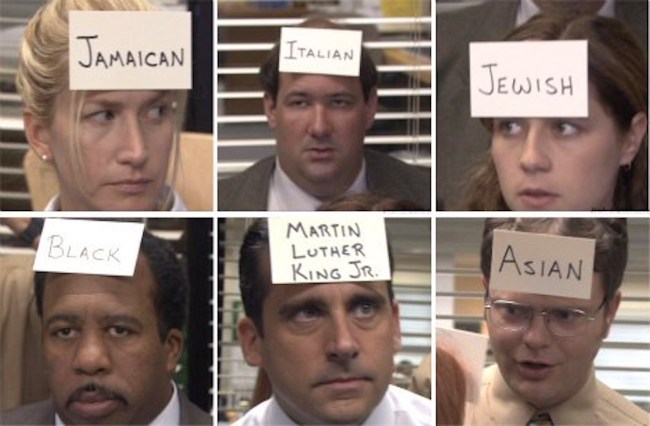 My roommate is a HUGE The Office guy. Can’t get enough of it. If I had to guess, he’s probably seen the series front-to-back five or more times. While I’m personally more of a Parks and Recreation man myself, I’m certainly not going to knock anyone for having a particular affinity for The Office, as the beloved Steve Carell-starring comedy is arguably the funniest TV series of the 21st century, pound-for-pound. Now, to be clear, that doesn’t mean I think it’s the best comedy series of the last two decades, but I think it may have the most laughs of any modern comedy.

I mention my roommate because one of his favorite fun facts about The Office is that the season three premiere episode is titled “Gay Witch Hunt”, which is something we both understand would never fly today.

“Gay Witch Hunt” is far from the only piece of The Office history that’s been recontextualized due to our rapidly changing society, as Larry Wilmore recently told Collider that the series’ *second-ever episode*, “Diversity Day”, had jokes so offensive that they couldn’t even be repeated today.

“Diversity Day” is, as Larry Wilmore told Collider, not an episode that “could be produced today and probably rightly so. In fact, I have outtakes from that scene with Steve Carell that I can’t even say what they are… But you never know. Things swing back and forth all the time, you know. And the culture is very malleable in that way.” He continued:

“The things that we find — it’s not so much the things that we can make fun of, but the things we find we can laugh at and it’s okay to laugh at… I have more things on my list than most people and I acknowledge that, you know. And it’s why I probably get in trouble sometimes. But I honestly think that the more we can laugh about tough things, I just think the better off we are.” [via Uproxx]

Wilmore’s anecdote highlights a larger discussion about The Office: could the series be rebooted today? With NBC/Universal’s launch of Peacock, rebooting or retooling The Office in some way, shape, or form feels like a no-brainer. But could said reboot be done appropriately given our current climate of political correctness? I’m not so sure.