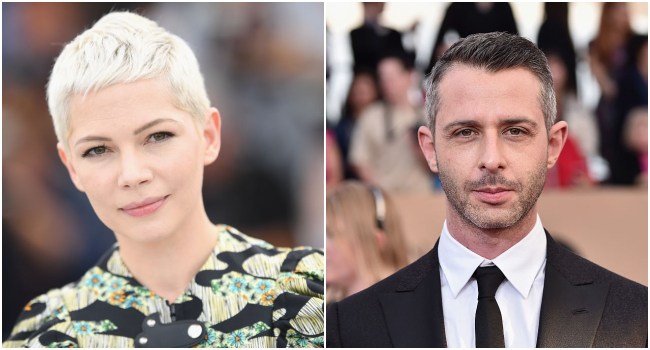 Last fall, as Succession was in the midst of its third season, there was a fever pitch of #discourse about series lead Jeremy Strong due to the combination of his character’s murky future and a New Yorker profile about his career. Even his fellow co-star Brian Cox weighed in on the piece, saying that the intensity of Strong’s method-acting worries him.

But what Cox also said during that appearance on Late Night with Seth Meyers — the part of his quote that the media, myself included, predictably did not focus on — is that Strong is “delightful” and an “extraordinary dad.” And that is the portion of Jeremy Strong that this article is going to focus on.

During a recent interview with Variety, four-time Academy Award nominee Michelle Williams, who had a daughter with the late, great Heath Ledger, revealed how Strong stepped in to fill the void left by Ledger’s untimely passing.

Williams, who met Strong in 2004 while acting at the 2004 Williamstown Theatre Festival, says that the Succession star “moved into Williams’ home, along with her sister and another friend,” and would “would spend hours letting Williams and Ledger’s daughter Matilda ride on his back, pretending that he was a pony.”

“Jeremy was serious enough to hold the weight of a child’s broken heart and sensitive enough to understand how to approach her through play and games and silliness,” Williams says, adding, “[Matilda] didn’t grow up with her father, but she grew up with her Jeremy and we were changed by his ability to play as though his life depended upon it, because hers did.” [via Variety]

Even though I already was, you can now consider me firmly in Jeremy Strong’s corner after reading these powerful quotes from Williams: “ She didn’t grow up with her father, but she grew up with her Jeremy,” is some seriously heart-string-pulling stuff. Good on you, Jeremy. Go as method as you want, King.

RELATED: How Heath Ledger Landed The Joker Role In ‘The Dark Knight’