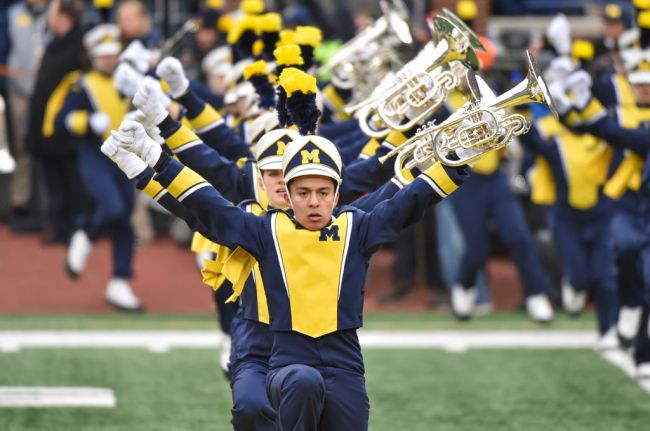 In a typical year, the rivalry reaches its peak when the two schools face one another on the gridiron in the last week of the regular season. However, this season, the Wolverines are taking the opportunity to get their shots in whenever they can— literally.

During halftime of Saturday’s game against Northwestern, the Michigan marching band took the field and set up an all-time troll.

On one 30-yard-line, the band formation depicted a person with a ball in his/her hand. On the other end, was a set of solo cups in line for a game of beer pong.

And that’s exactly what played out as the band members moved in formation to shoot two balls.

The first ball was labeled with an Ohio State logo and it traveled 30 yards before hitting the front rim of the cups and bouncing out.

The second ball was labeled with a Michigan M and traveled the same distance. It hit the front rim twice and double-doinked in.

The Wolverines sunk their shot after the Buckeyes missed theirs.

Take a look at the incredibly unique troll job:

As someone who has watched a lot of marching band performances, I have never seen anything like this. I have seen plenty of trolling and lots of incredible formations, but this halftime display from Michigan is one of a kind.