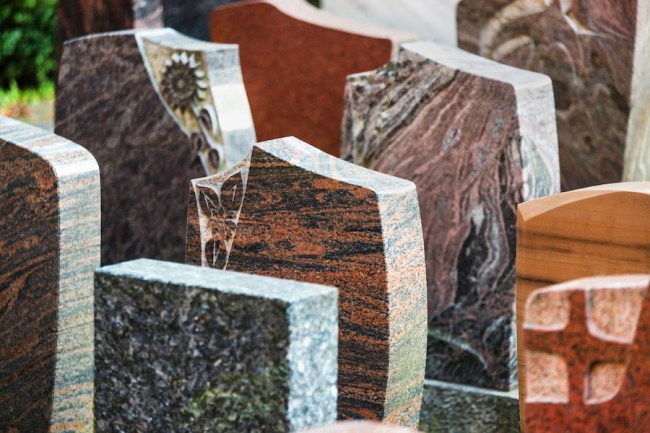 A family in Aberdeen, Scotland, is fighting with the city council over a photo of their deceased daughter giving the middle finger.

The photo is on the 13-year-old’s headstone, and council officials want the photo removed after someone complained and called it “offensive.”

Family fights to keep photo of daughter giving the finger on her gravestone https://t.co/Z1pSdIChvr pic.twitter.com/n2av1IpaCT

Kayla Carle defied doctors’ predictions when she woke up from a coma after catching the flu last year, but ended up in a wheelchair and was placed on oxygen because of her ravaged lungs.

After several months, the 13-year-old girl caught another flu and died in February.

Kayla’s mom, Rachael, received a call from the City Council saying that “someone had been offended” by the headstone display.

Rachael told the Mirror, “I got a phone call from the council telling me that someone had put in a complaint about the picture on my daughter’s headstone saying it was rude and inappropriate.”

Thankfully, Rachael isn’t budging, even after the council offered to change the photo on the headstone, free of charge. Rachael said she wants it to stay.

“They said they needed the picture taken down. The picture represents the type of character she was. It was who she was. It was one of her favorite pictures,” Racheal added. “She liked her pranks, she liked to mess around and she spoke her mind.”

First of all, no parent should ever have to suffer from the loss of a child. She’s allowed to grieve and commemorate the life of her daughter in any way she sees fit.

Second, imagine the boring life of the Karen who reported being offended by a photo on a gravestone of a 13-year-old girl. And why are you going around looking at other people’s headstones?!? Mind your business.

“I have no sympathy for the person that was offended,” Rachael told the Mirror. “They don’t have to look at it. I lost my 13-year-old daughter. I picked that picture for a reason, it represents her. If you don’t like it, don’t look at it.”