Here’s Mike Tyson Smoking The Biggest Joint You’ve Ever Seen, If You’re Into That Sort Of Thing 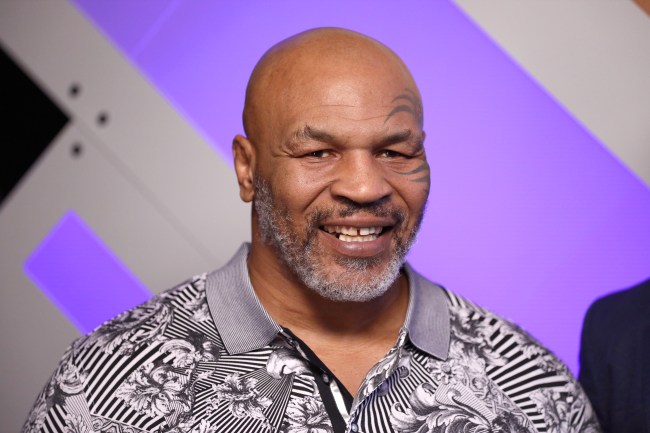 ‘Iron’ Mike Tyson is a weed guy now, in case you hadn’t heard. He’s the owner of a 40-acre ranch in California where 20 of those acres are dedicated to growing the stickiest of the icky. He also has the Tyson Cultivation School which exists to teach weed farmers how to grow and cultivate their own unique strains of cannabis.

Seeing athletes and celebrities smoke weed freely still isn’t normal to me. I’m old enough to remember the only times you’d see people smoking weed in public was in the pages of High Times Magazine.

I live on the East Coast which has been slow to legalization, specifically, in Florida. We just got medical marijuana approved in the last election and our governor still hasn’t forced through a measure that will allow the smoking of medical marijuana, right now it’s only available in edibles and concentrates. I’ve obviously been to states where weed’s legal recreationally. I was in Denver, Colorado for the first 4/20 after recreational legalization and it was a total party.

But this life of legalization is still pretty foreign to me and watching Mike Tyson smoke a 2-foot-long joint the size of a deer’s leg is pretty damn entertaining. Here’s the clip of Tyson smoking the longest damn joint I’ve ever seen on YouTube and Instagram, so you can choose which video format you’d prefer:

I love how many cameras are in this man’s face as he’s smoking a joint, and the completely egregious waste of weed here. There’s absolutely NO WAY that Tyson finished that joint. Maybe he passed it around and let everyone in the room take a turn but that doesn’t seem very likely. And I don’t know about you but when I’m smoking that herb hits me hard and fast. The last thing I want when smoking a joint larger than 99.99% of steamroller pipes in the world is for a thousand cameras in my face to be clicking and flashing.

If you need more of Mike Tyson smoking weed, here he is getting lifted with Joe Rogan:

Tyson was seen smoking this joint at a recent weed festival held by BREALTV, a network founded by B-Real of Cypress Hill. Mike’s also got weed-themed music festival coming up on February 23rd. The Kind Music Festival will be held in Desert Hot Springs, CA and feature musical acts from Miguel, Ferg, Starcrawler, and more.