Miley Cyrus Says She Once Made Eye Contact With An Alien Inside A UFO (But Might’ve Just Been Really, Really Stoned At The Time) 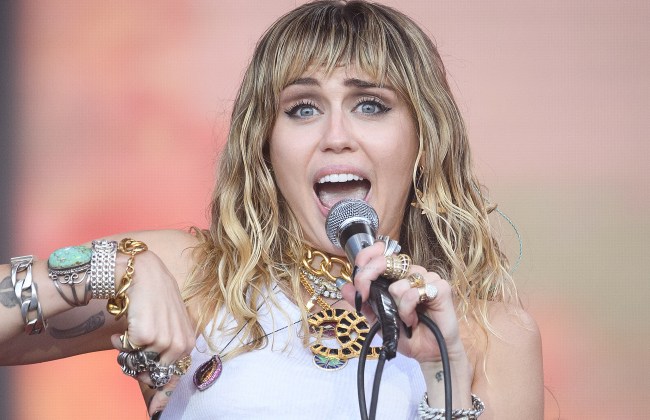 Miley Cyrus was lucky enough to escape the Curse of the Child Star after initially making a name for herself by playing the title character on Hannah Montana but gradually shed the squeaky clean image she was all but required to maintain as the star of a Disney Channel show.

After her time portraying a fictional singer came to an end, she proceeded to pursue an actual career in the business, and in 2013, she literally took a wrecking ball to her public image when she released a song of the same name accompanied by a music video that made it very clear she was all grown up.

I wouldn’t personally describe myself as a big Miley Cyrus fan but she’s released some absolute jams over the course of her career. “Party in the U.S.A.” is still a staple in my listening rotation more than a decade after its release, and when she portrayed another fictional singer on Black Mirror, I couldn’t resist the urge to play the retooled version of the Nine Inch Nails song that was featured in it on repeat for a few days.

The episode in question was a less-than-subtle allegory addressing the pressures Cyrus and many other young performers in the music industry face and the power that the higher-ups who stand to benefit from their success exert over them. After her character starts to write darker tunes that clash with the music she’s expected to churn out, her manager secretly drugs her with a massive dose of antidepressants that put her in a coma. We’re then treated to some classic Black Mirror when the handler attempts to mine new music from her mind and replace her with a hologram only to see her plans foiled when she’s rescued by a fan, allowing her to eventually pivot to making the kind of songs she wants to.

Plenty of child stars have seen their lives spiral out of control thanks to drugs but Cyrus has managed to avoid that fate despite being very candid about her use of various substances—especially marijuana, which she once described as “the best drug on Earth.” However, in a recent chat she had with fashion designer Rick Owens for Interview Magazine, she revealed it may or may not have been responsible for an out-of-this-world experience.

During the discussion, the topic turned to the possible existence of extraterrestrial life and Cyrus shared an anecdote about her encounter with a UFO and the alien inside it, saying:

“I was driving through San Bernardino with my friend, and I got chased down by some sort of UFO. I’m pretty sure about what I saw, but I’d also bought weed wax from a guy in a van in front of a taco shop, so it could have been the weed wax.

But the best way to describe it is a flying snowplow. It had this big plow in the front of it and was glowing yellow. I did see it flying, and my friend saw it, too. There were a couple of other cars on the road and they also stopped to look, so I think what I saw was real…

I didn’t feel threatened at all, actually, but I did see a being sitting in the front of the flying object. It looked at me and we made eye contact, and I think that’s what really shook me, looking into the eyes of something that I couldn’t quite wrap my head around.”

Cyrus said it took her almost a week to get over the incident and that she was afraid to look up at the sky in case it happened to return. Of course, it’s worth noting she has a bit of a history when it comes to hallucinating after ingesting a mind-altering substance, as she found herself at the center of a mini-scandal back in 2010 after taking a hit of salvia and convincing herself a random person at a party was Liam Hemsworth (who she was dating at the time).

In conclusion, aliens are either real and Miley Cyrus has actually seen one or I need to track down the dude who sold her the wax she smoked because he would appear to have some incredible shit.