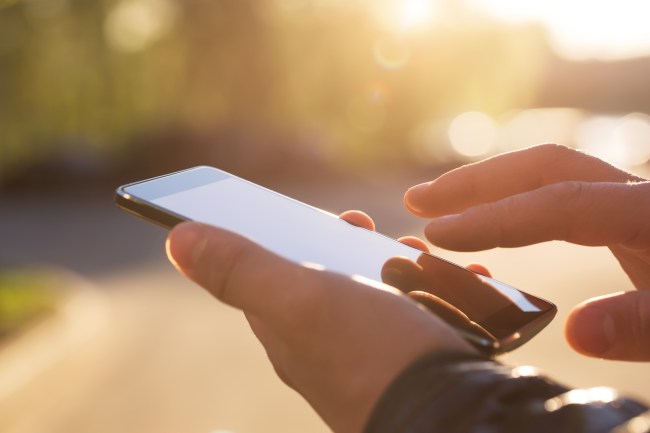 When reading through USA Today‘s guide to millennial teen slang I couldn’t help but feeling a little bit like Skinner on The Simpsons.

His famous quote of ‘Am I out of touch? No, it’s the children who are wrong’ certainly rings true here when I’m reading through some of these definitions and shaking my head in disdain.

One of the definitions they list is “Cringey = awkward, uncomfortable, cringe-worthy” and that’s exactly how I’d describe the act of publishing a list of teen slang in an effort to try and get parents to connect with their millennial kids.

What’s the best case scenario here? Parents start using this slang and kill it off immediately because the kids realize how fucking stupid some of this stuff sounds?

Or, is this a tool for parents to snoop through their children’s iPhones and try to see if they’re doing drugs?

I don’t want to include 100% of their definitions because I can tell someone somewhere worked really hard on this, grabbing definitions from Urban Dictionary and re-writing them, but here are most of them via USA Today:

Beef = a disagreement or hostility
Bruh = another way of saying “bro” or “brother”
Canceled = done, deleted, finished, blocked on social media
Clout Chaser = someone who tries to latch on to other, more popular people
Clout Demon = a wannabe
Cringey = awkward, uncomfortable, cringe-worthy
Curve = reject someone’s advances
Dead Ass= To be completely and honestly serious
Dead = overwhelmed or exhausted
Dime = rating of attractiveness, 10/10
Down in the DM = direct messaging someone privately, usually to hook up
Drip, Drippin = flashy, ostentatious
Extra = over the top
F2F = face to face, meeting in person
Fam = the friends you are closest with
Finna = going to/about to, short for “fixing to”
Finsta = a fake Instagram account
Fleeky = amazing or great
Glow-Up = an incredible transformation
Gucci = good, cool
High-key = a lot, wanting everyone to know something
Hit a lick = to steal something
Hundo P = 100 percent, confirming something
It’s lit = cool, awesome, great
Juice = credibility, respect, can also mean booze or drugs
Juul = a popular brand of vaporizer used by teens
Kickback = a casual get together
KMS/KYS = kill myself, kill yourself, used sarcastically
Lean = an intoxicating drink made using soda and cough syrup
Meme = a joke or reference to something
OP = out of pocket, used when something is extreme or offensive
Pods = disposable cartridge for a nicotine vaporizer
Ratchet = loud, obnoxious, trashy
Saucy = feisty or sassy
Savage = wild or harsh
Shade = trash talk
Shook = shocked, upset
Sips tea = minding your own business
Smash = to hook up, have sex
Squad = your closest group of friends
Stan = have an intense fandom for a particular object, such as a singer, athlete, or company
Straight fire = popular, trendy, or awesome
Sus = short for suspect, when something is suspicious or sketchy
Tea = gossip
Thicc = voluptuous, curvy body (usually a compliment)
Thirsty = wants attention, or usually from a specific person
Throw shade = talking badly about a person or thing
Tweaking = high, usually on amphetamines
V = very
Wig = when something crazy or unexpected (good) happens
Woke = enlightened about social issues, originally to describe being aware about racism and police violence

This is not lit, fam. There’s nothing woke or trill about this. It’s just a weird attempt by USA Today to connect parents with teens by taking definitions from Urban Dictionary and making them suitable for parents to read.

Then again, maybe parents *do* need this. For a while, my mom was signing cards with ‘LOL’ which is fine and dandy until someone has a Facebook post about a deceased relative and some woman types ‘OMG LOL’ because she thinks it means ‘lots of love’.

Also, I identify with the kid they call out in the USA Today article as using ‘addy’ to ask for an address whereas they say ‘addy’ only refers to Adderall.

The problem with shit like this isn’t that it helps adults communicate with their kids, that’s fine even if it butchers the language. The problem is that adults only want to see the worst in these slang words. They see ‘JUUL’ on the list and think every kid on the planet’s out there ripping pods. They see ‘tweaking’ on the list attached to being geeked out on amphetamines and assume any instance of ‘tweaking’ now refers to overdosing on Adderall.

Lists like this have no nuance when it comes to the language and slang is all about nuance.

Anyway, I’ll end this pointless rant because I don’t have kids and you probably won’t find me throwing ratchet shade anytime soon.