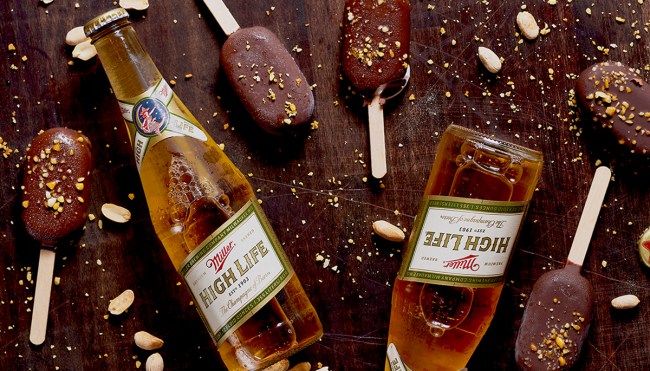 There’s no official list of criteria a drinking establishment must meet in order to be labeled a “dive bar,” but when you spend enough time frequenting different watering holes, you eventually establish a sixth sense that allows you to determine when you’ve stepped into one as soon as you open the door.

Part of what makes a dive bar a dive bar is the various quirks that make each and every one of them unique. However, they’re all united by a variety of elements capable of instilling an air of familiarity capable of making you feel right at home in a place you just walked into for the first time, like:

A dive bar also isn’t a dive bar without a beer-and-a-shot special you can take advantage of whether it’s noon or midnight. The shot in question is typically dispensed from a bottle of well whiskey, and while there are a number of acceptable cheap beers (Narragansett, PBR, Modelo) that can accompany it, there’s no better way to earn Certified Dive Bar status than pairing it with a Miller High Life.

Last year, the brand behind the Champagne of Beers paid tribute to a major source of its lifeblood when it released a gingerbread dive bar kit just in time for the holidays. Now, it’s unveiled a slightly more edible tribute after teaming up with Tipsy Scoop  (which has previously collaborated with Coors Light and Dogfish Head) to create a boozy ice cream inspired by the beer and the many dingy haunts where it’s served up. 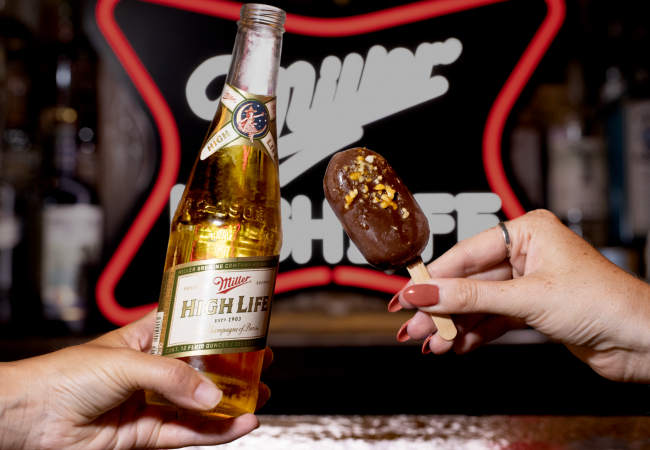 The appropriately dubbed “Dive Bars” are ice cream pops featuring a number of nods to the institutions that inspired them. The centerpiece of the frozen treats is the High Life-infused ice cream that boasts a 5% ABV, which is supplemented by the peanuts many dive bars give patrons to snack on, a “hint of tobacco smoke flavor,” a caramel swirl serving as a nod to the aforementioned stickiness, and “carbonated candy” to instill some fizz sprinkled on the dark chocolate shell.

The folks behind the collaboration were kind enough to send some of the Dive Bars my way so I could give them a try for myself,  and if you’re hoping for a second opinion before pulling the trigger, you’ve come to the right place. 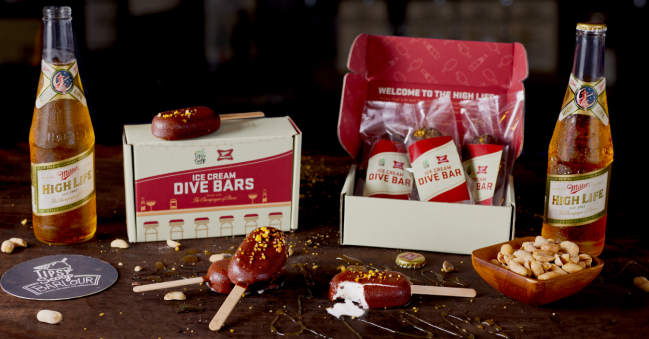 The Dive Bars themselves are on the smaller side compared to the ice cream pops you’ve probably purchased from an ice cream truck or a middle school cafeteria, but they’re certainly not lacking in the flavor department.

As someone who is intimately familiar with the taste of High Life, I instantly picked up on its essence in the ice cream, although it was definitely on the subtler side. Thankfully, the same can also be said for the tobacco smoke flavor that was easily my biggest reservation prior to taking a bite; fans of peaty scotch or rauchbier might be disappointed, but I think the decision to cater to the majority of palates worked out for the best.

The real star of the show here is the carbonated candy (more popularly known as “Pop Rocks”) that elevates these from a very solid dessert option to something worth seeking out. I actually somehow managed to overlook them on the list of ingredients before chowing down, so while the tingling sensation in my mouth caught me very off guard at first, they instantly earned my seal of approval once I confirmed I wasn’t dealing with an early sign of some sort of medical emergency.

If you want to try the Dive Bars for yourself,  a six-pack will set you back $36 online (they sold out pretty quickly after debuting on Monday, but a High Life rep has informed me they’ll be restocking each morning at 9 AM EST for the remainder of the week).

If you don’t want to commit to that degree (or want to give it a taste before you do), you can also stop by any Tipsy Scoop location in NYC and grab one for $6 a pop.