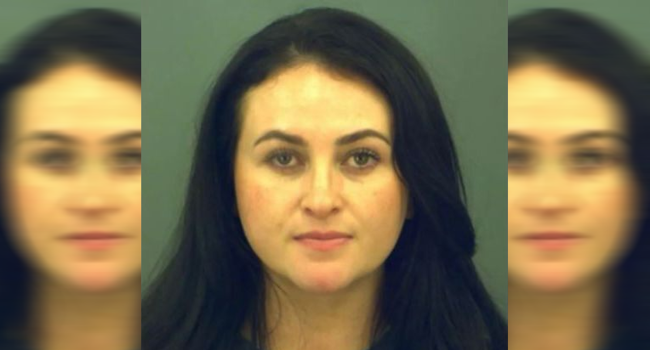 Casey Garcia, a 30-year-old mother, was arrested last week after posing as her 13-year-old daughter at a Texas middle school.

Garcia says she attempted this bit of deception to prove a point about how easy it is for an unauthorized individual to infiltrate her 7th grade daughter’s school.

She would have probably gotten away with it too, but Garcia made several social media posts throughout the day which gave her away, including a video posted to YouTube titled “Going to school as my 13yr old daughter (Middle School edition).”

“Do I look like a seventh grader? No? Cool. Awesome,” Garcia says in the video.

She says she was asked for her ID (she used her daughter’s) and whether she had signed in before being granted entry to the school, but no one questioned how old she was until the end of the day when a teacher finally became suspicious and asked her to stay after class.

The El Paso County Sheriff’s Office said deputies were then notified by the San Elizario Independent School District about Garcia trespassing and posing as a student.

Garcia also posted a video to TikTok about her experience at Garcia-Enriquez Middle School.

“There have been one too many mass shootings in schools,” Garcia continued. “That is disgusting to think of that it all could have been prevented just by putting metal detectors and more security… Are you more concerned that I, a parent, was sitting next to your child or do we really want to wait for the next person taking their Second Amendment right to the extreme?”

Garcia has been charged with criminal trespass and tampering with government records. She recorded and posted video of the officers arresting her at her home.

“While there was a breach in security by an individual associated as a parent with the school,” San Elizario Independent School District Superintendent Dr. Jeannie Mesa-Chavez said in a statement to KTSM News, “We want to assure you that our security measures are being reviewed and evaluated.”