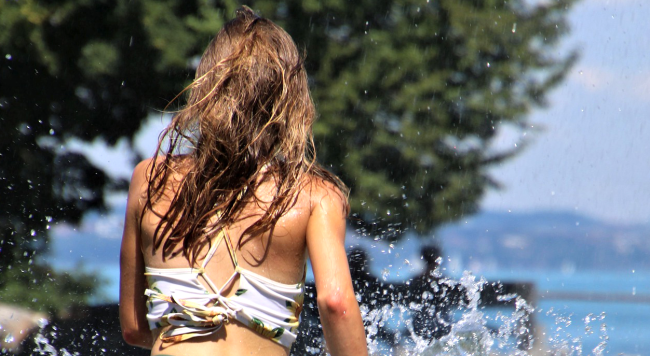 Do people believe Ponce de León’s fabled Fountain of Youth is real? They might. Because a 45-year-old mom has gone viral with almost 3 million views on TikTok because many people think she looks younger than her 24-year-old daughter.

TikTok user Liza Gulyaewa, who shared the video with her 300,000-plus followers, captioned it, “People are wondering how do I look young but look at my mum… She’s 45.”

Gulyaewa, a model who is originally from Moscow, Russia but currently lives in London, wrote in the video’s description, “thanks mum for good genetics.”

Thousands of viewers of Gulyaewa’s TikTok video were left gobsmacked by her mom’s appearance and left comments.

“Am I the only one thinking her mum looks even younger??” wrote one viewer.

“Is the mum the one on the left or the right? You look the same age,” someone else wrote.

“Nooo way, at first I thought she was your little sister. Wow!” commented another.

“Still waiting for the picture of your mum,” another viewer kidded.

Related: A Dad Took Over His Teen Daughter’s Social Media As Punishment… And Now He’s More Popular Than Her

Then, when someone commented, “No way. U edited this,” Liza responded, “LOL think whatever you want.”

Another person asked, “Your mum single?” to which Gulyaewa replied, “Ew. She’s happily married with my dad for 26 years.”

So… that whole Fountain of Youth thing? That’s real, right? Maybe instead of it being somewhere in Florida, it’s actually located in Russia? It would kind of make sense.