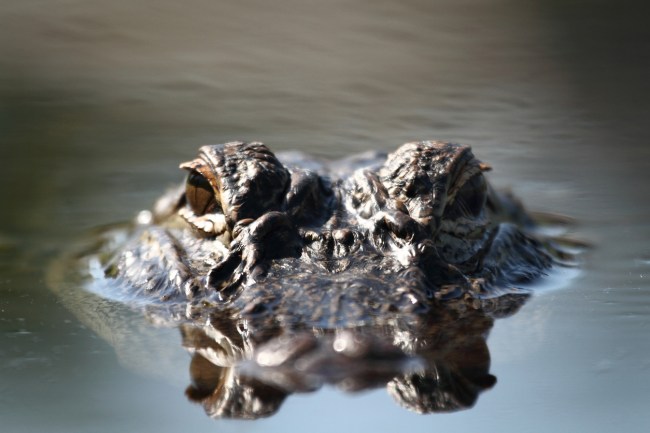 Two duck hunters in Florida saw their quarry get snatched right from under them, but they couldn’t really contest the situation since it was a ginormous alligator who seized the dead duck and devoured it whole in seconds.

Incredible video shows the moment that the Brobdingnagian behemoth floats towards the waterfowl and inhale the duck. The footage was taken at a swamp in Leesburg, which is about 45 miles northwest of Orlando.

Cass Couey posted a video of the gator devouring his duck on Facebook with the caption: “It’s not just fishing, Florida duck hunting has a taxman too! Monster alligator eats duck while hunting using the PRO HUNT app!”

“Here we go, No. 2 of the day. OK, you’re fed, now get out of here,” one man says in the video, referencing the two ducks that were eaten by the gator.

Kevin Stipe, who is in the video, told FOX35 Orlando that the beast was about 13 feet long. This big boy is likely not as gargantuan as this absolute unit spotted at a golf course in Naples, Florida.

Last week, there was a viral video out of Estero, Florida, where a man charged into the water to save his dog from being eaten by an alligator. The brave man was able to save his Cavalier King Charles spaniel from being a gator snack, and didn’t drop his cigar in the process.