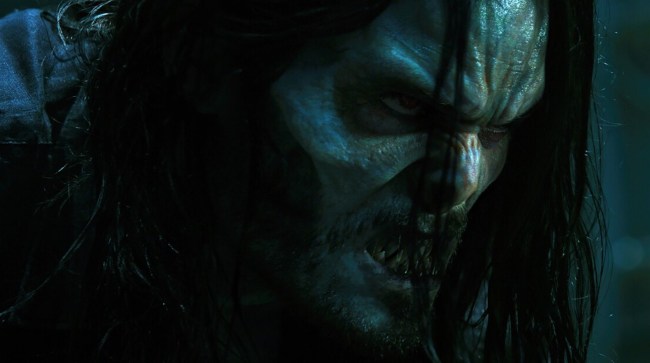 Even as someone who has been dunking on Jared Leto and Morbius for quite a few years now, even I did not expect the critical and social reaction to the film, which is getting virtually lampooned on every level of popular culture.

Not only does the film currently boast a 17% critic score on Rotten Tomatoes, but the movie itself has already turned into a meme. In fact, the phenomenon has even spawned the hashtag #MorbiusSweep, where you can find tons more Morbius memes.

Be careful out there everyone. I had 2 Morbius tickets in my car and someone broke in and left 4 more. pic.twitter.com/AUtwDehdbM

Buying 20 Morbius tickets so I can move freely throughout this screening to get the best angle. Shuffling around in the dark just like the man himself #WeAreAllMorbius #MorbiusArmy pic.twitter.com/r1Zs94BkNv

Saw #Morbius tonight and there was only one other dude there, took a pic and accidentally had flash on 💀💀 pic.twitter.com/0BfNBqElMt

Just watched Morbius & gosh the tears in my eyes. The plot, The themes, the characters, the dynamics, the drama, the lore, the emotional moments…everything was garbage from beginning to end. On my way to the hospital, definitely the worst movie I've ever seen pic.twitter.com/YoiVFjRN5e

They saying Morbius worst movie of all time

Despite the way the film is being mocked, though, Morbius made about $39 million domestic and $84 million globally, which already covers the film’s $75 million budget. While the reaction to the original Venom didn’t bottom out as low as Morbius has, Sony pushed forward with a sequel despite the middling reception to the movie due to its performance at the box office.

That said, Venom made over $856 million against its $115 million budget, and it’s hard to imagine Morbius getting anywhere near those sorts of profits. There’s also the undeniable fact that Tom Hardy is a far more marketable, well-liked star than Jared Leto currently is, which is *really* saying something considering how famously prickly Hardy reportedly is.