Most Americans Getting Paid Under New Unemployment, Doomsday Rules 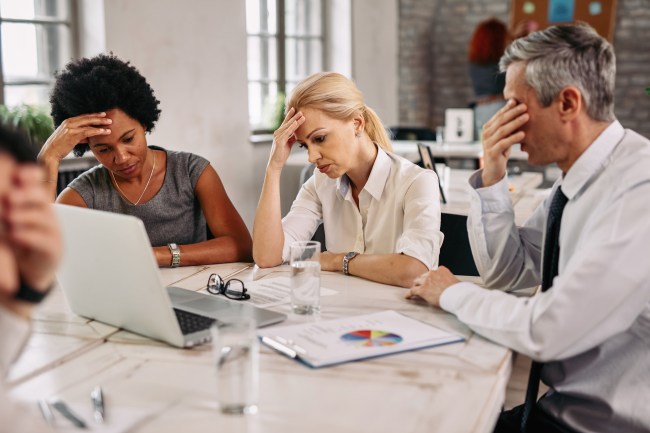 Many Americans have been forced to abandon their jobs “indefinitely” while a doomsday scenario plays out around them. Those that can work from home have been told to do just that, while the rest have had no choice but to leave the grind. An while some folks were probably all shits and giggles at first about the opportunity of spending the beginning of Spring on their couches with the windows wide open, they are now starting to see the harsh reality of the situation. Without a steady income, they’re going to go flat broke. That means no more cash for toilet paper, booze and food deliveries, Oh, and rent, too. It was presumably the threat of financial ruin that led to a record 3.3 million people filing for unemployment benefits last week alone. To put that into perspective, the nation’s previous highest unemployment claim was 695,000 in 1982. And the situation is about to get worse. Some analysts predict 40 million jobs could be lost within the next few weeks. So, if you’re all freaked out, join the club, pal. We are too.

Fortunately, the federal government managed to come together this week on a $2 trillion stimulus package that, in addition to providing taxpayers with around $1,200 per person and $500 per child, creates an expansion of unemployment benefits. This upgrade is designed to provide most workers with a little more cash than what they would have received originally, while also including gig workers, independent contractors and the self-employed. It means if you didn’t qualify for unemployment for some reason in the past, it’s a distinct possibility that you do now.

Here’s a rundown of the expansion:

More Cash For Those Who Qualify
Unemployment benefits typically only pay workers around 40 to 45 percent of their salary. The government doesn’t like people to get too comfortable collecting a paycheck for just hanging around the house doing nothing. The average payout is roughly $400 per week – hardly enough for most people to survive, much less stock up on toilet paper. The new stimulus bill, however, ensures workers get an extra $600 per week on top of what the state already pays. Unfortunately, the increase is only valid for up to four months. Nevertheless, workers can claim unemployment benefits for the next 39 weeks, which should keep money in their pockets until the end of the year. Senate Minority Leader Chuck Schumer told CNN that, “Most will get their full salary, or very close to it.”

Money is Coming to Freelancers, Gig Workers and the Self Employed
Unfortunately, America is not always kind to those with the entrepreneurial spirit, go-getters who would rather work for themselves than punch a clock. These people — freelancers, gig workers and the self-employed — do not ordinarily qualify for unemployment during hard economic times. Nope, the independent contractor must rely on loans and a little bit of luck to survive when the shit hits the fan. But the stimulus deal has changed that to some degree. Unlike times past, the self-employed will be allowed to file for benefits. But those checks might not be cut as fast as workers who have a W-2. How much would you get? Well, that all depends on how much you were earning. These benefits will be calculated based on the methods outlined with the Disaster Unemployment Assistance Program. And the good news here is that self-employed workers also qualify for the extra $600 per week. Even if you are not sure whether you qualify for unemployment, it is best to go ahead and file anyway. The stimulus deal was made to keep the American economy from sinking further into a pit of despair. Therefore, if you have found yourself out of work, chances are you’ve got some unemployment cash coming.

Part Timers and the Furloughed Can Collect Unemployment
Even workers that were employed part-time when they were laid off or let go can collect unemployment benefits under the stimulus plan. How much a person gets deposited into the old bank account really depends on the state. What is clear is that the extra $600 per week will be made available to those people, the same as if they were full time. Furloughed workers (those that weren’t technically laid off, just put on temporary leave) are also covered the same as everyone else.

Just Got Off Unemployment? You May Still Qualify
If a worker has already exhausted his or her unemployment benefits, they may still reapply for another round. It’s not immediately clear how much money they could expect or the duration of those benefits, but it would be something. The primary takeaway from this unemployment expansion is that all qualified workers would get at least 13 weeks of payments, including the extra $600 per week.

Some Workers Cannot Collect Unemployment
Those workers who can do their jobs from home are probably not going to reap the benefits under the new stimulus bill. It also doesn’t cover those employees who may have been given paid sick leave as compensation for their hiatus. In addition, the package doesn’t provide cash for those people who are new to the workforce and were searching for a position when the lockdowns began. So, if you’ve never had a job, don’t even waste time applying. You won’t be getting paid.