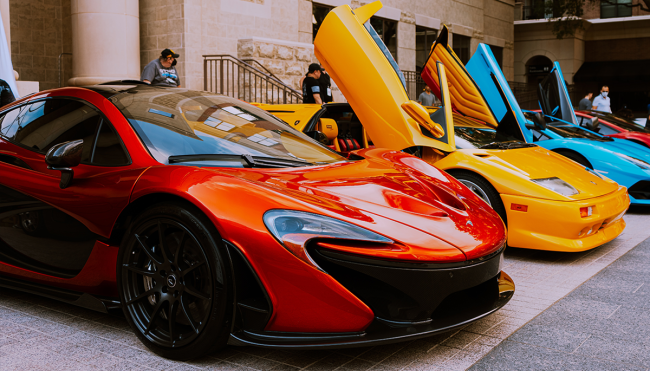 If you need any proof the world is a cruel and unjust place, all you really have to do is examine the plight of the rich and successful men who can’t take their wildly expensive, souped-up luxury vehicles for a spin without being judged by the many plebians who will assume they’re compensating for something (and by “something” I mean “their tiny little ding-dong”).

I honestly don’t know how middle-aged dudes who never have to worry about money and spend their days roaming the streets in a Lamborghini that will never even achieve half of the speed it’s capable of manage to deal with this disgusting bigotry. Thankfully, they may be able to take some solace in a new study that suggests there could be hope for them after all.

On Tuesday, Money released the results of the “Driving Attraction” experiment it conducted over the course of a couple of months earlier this year, which involved creating a bunch of fake profiles on dating apps featuring pictures of people posing next to more than 70 different cars. Based on the data, men who upload a photo of themselves in the vicinity of a vehicle saw their match rate rise 34%, but there are certain makes and models capable of sparking an even more dramatic spike.

This will probably come as a huge shock, but it would appear women are intrigued by guys who own (or, at the very least, were able to snap a picture with) pricey cars produced by the likes of Tesla, Aston Martin, and Porsche (and are apparently not huge fans of dudes who show off a Subaru). 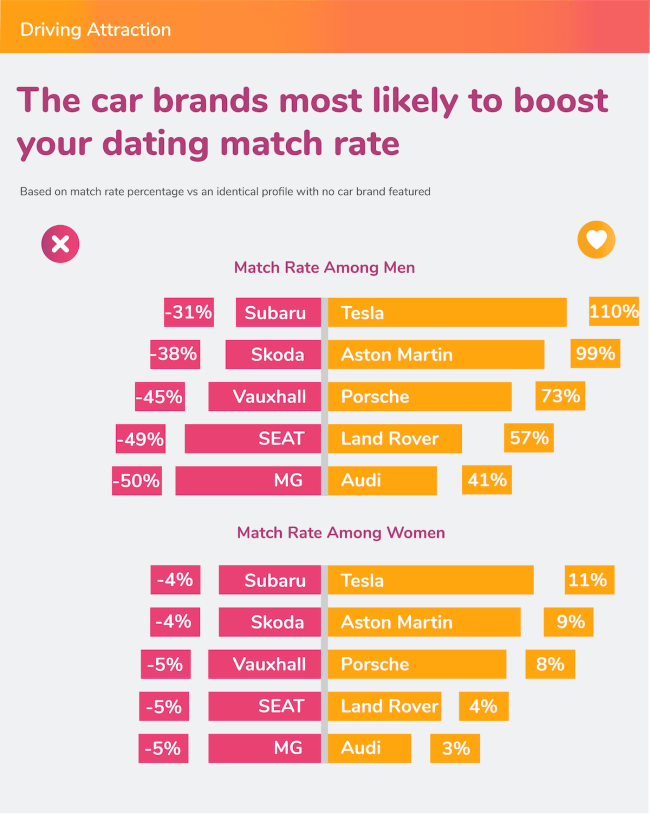 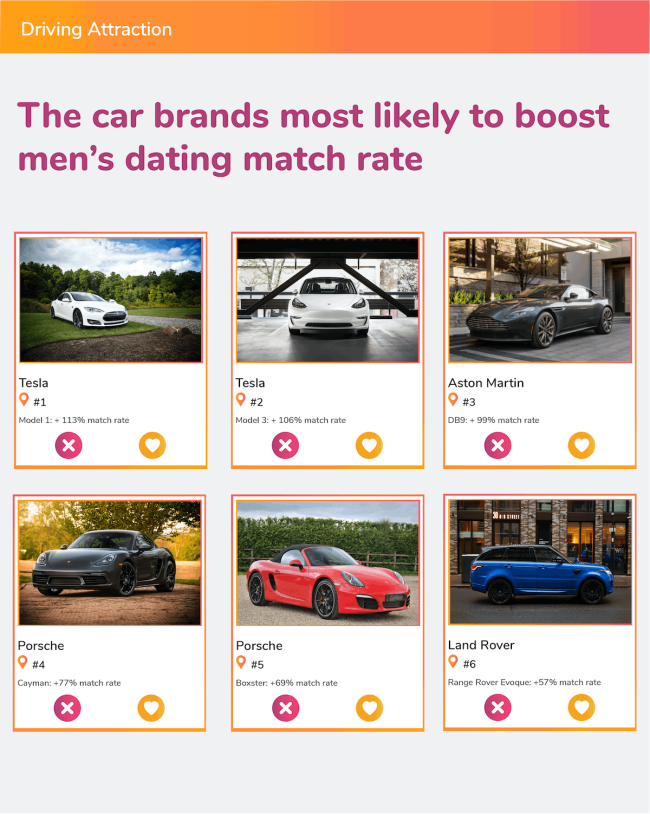 Now, common sense would dictate you’re probably not going to get very far with a match if they discover you don’t actually possess the deed for the fancy car you’re using to flex, but as the old saying goes: all is fair in virtual love and war.