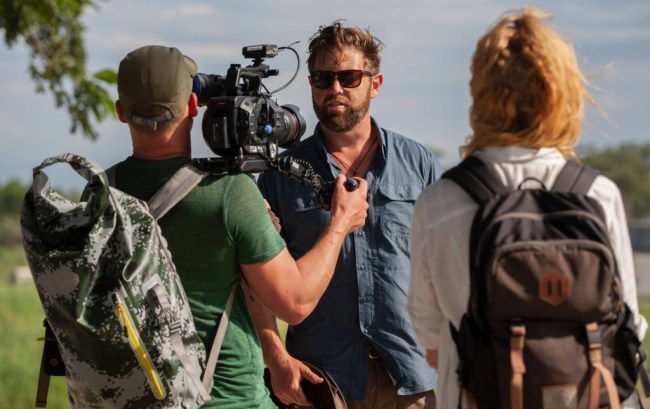 There are not a lot of people in the world that have been through some of the things Animal Planet host Forrest Galante has been through in his lifetime. From two plane crashes to being bit by a shark, all the way to wrestling with an anaconda, the guy has just simply seen it all. Galante sat down with The Brilliantly Dumb Show and explained why the animal we should all fear most is the one that you can’t really see.

Galante, who was a star on Animal Planet’s, ‘Naked and Afraid’ and Discovery Channel’s ‘Impossible Croc Rescue’ was asked by yours truly what’s the animal people should fear the most. You would think that a guy who has been bitten by a shark and has wrestled an anaconda would say one of the two, but his answer surprised many.

“Mosquitos, it’s not the stuff that you can see that kills you, it’s the parasites in mosquitos that you don’t see coming. I am not kidding when I say I’ve sat in places where I’ve had eight to 10,000 mosquitos on me at once. If one of those 8,000 have malaria, I am done. You can pick up a snake and then walk away from it, you can’t walk away from those mosquitos.”

It was just a brief moment in what was a fascinating interview with Gallante. His story and background are one of a kind and what has led him to be able to make a career out of what he loves most, animals and wildlife. Be sure to check out the full interview below.