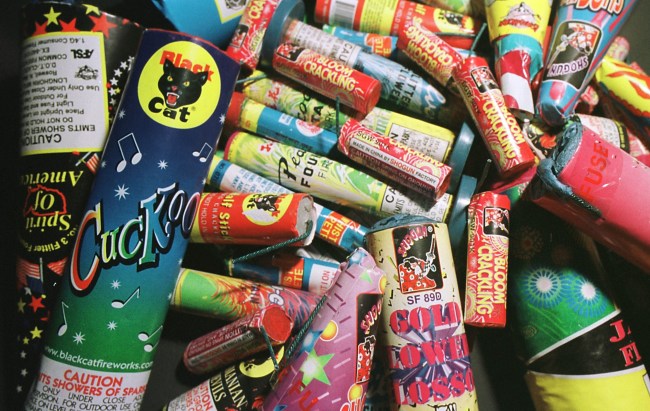 Next week, millions of Americans will finally get a chance to day drink on a Wednesday without being judged when the Fourth of July rolls around. Many of them will also be sitting on a stash of fireworks that usually doesn’t get pulled out until virtually no one is in a state where they should be lighting explosives on fire. It might be an objectively stupid tradition but In the immortal words of that patriotic eagle from The Muppets: “It is the American way.”

Thanksgiving has the dubious distinction of being the deadliest holiday as far as traveling is concerned but all of the ingredients that go into a typical Independence Day party can be the perfect recipe for disaster. Even if you avoid blowing yourself up, there are plenty of other factors that make the Fourth an especially dangerous day of celebration.

A Secure Life decided to do a deeper dive into the potential pitfalls of the holiday in order to determine which states suffer the most casualties during the day that inspired the best speech in the history of cinema. They took a look at the number of drunk driving deaths in each of them in addition to examining the number of acres consumed by wildfires stemming from fireworking gone wrong (sadly, there was no easily accessible data to determine how many people get Jason Pierre-Pauled).

Based on the results, you’re going to want to stay east of the Mississippi if you’re looking to err on the side of caution. 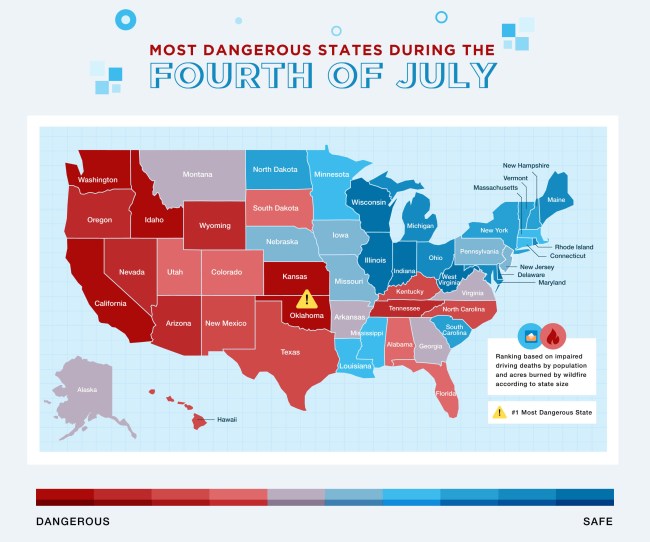 Based on the results, I would assume that states with drier climates and massive amounts of farmland would be more susceptible to wildfires, which would explain why things seem to be so dangerous out west. With that said, Oklahoma isn’t doing itself any favors with a law that encourages people to head out into the countryside to blow shit up.