People Shared The Most Embarrassing Things They Used To Believe And LOLOL, Kids Are Dumb 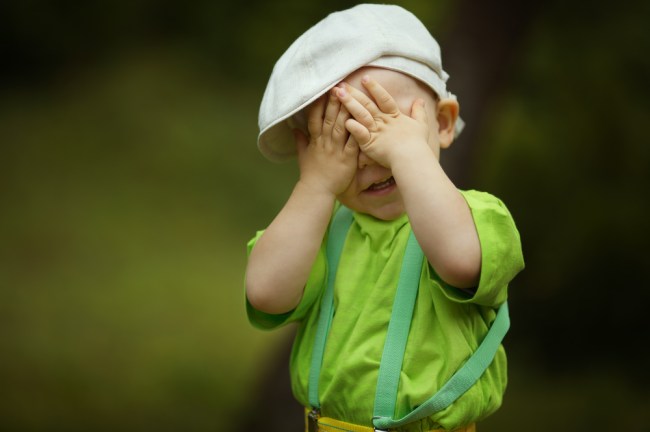 Kids are stupid. It’s not their fault. They don’t have enough life experience to know anything about the world. But the fact remains, kids are dumb and they’ll believe anything you tell them.

I don’t have any kids of my own, so I really didn’t have a sense of how idiotic children are until I came across this AskReddit thread where people shared the ‘most embarrassing belief’ they used to have as a kid. If this wasn’t the Internet and things weren’t mostly anonymous I suspect that a lot of people would’ve been too embarrassed to admit some of this shit because a lot of these anecdotes are comically outlandish. You can feel free to share your story of the most embarrassing thing you used to believe as a kid down below in the comments if you’re willing to open up and admit how dumb you once were:

Sect5:
Dad said the world was running out of TP, so we’d have to use leaves. 5 y/o me used leaves and I don’t wanna talk about it.

Okay, I think I also believed this for like a week based on some Bill Cosby movie I saw back when I was too young to process Fiction.

Majestic_Dildocorn:
the pool light is a trap door leading to the ocean and sharks can come through it and the sharks will eat me, but only if I’m in the deep end alone.

Caligulette:
That every time I farted, my heart skipped a beat.

Syek26:
As a kid, I believed garbage and litter caused tornadoes.
Not really sure why, but when I saw a plastic wrapper on the ground I’d pick it up and smugly say ‘no tornadoes happening today!’.

mauri11:
(I believed that) A very skinny man lived inside the street light poles switching the lights from green to red.

shut-your-noise:
My grandad told me when I was quite young that he drove the car and the car knew where we were going and used the indicators to tell him which way to go, he just followed its instructions. He even used to get in the car and say “morning car, we’re going to Morrison’s today”.
I believed this for an embarrassingly long time.

tuplski:
That I was allergic to cigarettes. Well played, mom.

not_a_fangirl:
If I watched a TV show for 8+ year olds while I am 7, police will come

sauerpatchkid:
Breaking my graham cracker into 1/4 pieces gave me more cracker. I wouldn’t tell my Mom so she didn’t take the “extras” away.

kinglee0:
In elementary school up until about 4th grade, I was convinced that Thomas Edison had invented the spoon

blownawaynow:
That if you moved the Earth 1 centimeter closer or farther from the sun that life would not survive. I think there’s a little more leeway.

cerslicer:
Because of the way my dad explained recycling to me when I was 3, for the longest time I thought it was like a trading system. I lived in China at the time so the only recycling bin I ever saw was a big one at my school. I remember the school announcing its installation, which then prompted me to ask my dad what it was. He explained it as a special box where you put things, and then someone else takes it and turns it into someone new. I thought that the “something new” was something I got to have. I remember my dad putting newspaper in the recycling, and me checking the bin day after day for the “something new”

Knot_My_Name:
That a G spot was just somewhere that felt good to be touched or kissed. Like I believed my neck was my “G spot” until I was like 17.

-eDgAR-:
You know how we say that hairs have roots? Well, when I was kid I thought that it was similar to a plant. I would pluck a hair out and then try to plant it somewhere else, usually on my fingertip. I would do my best to try and keep the hair in place so the root would set and the hair would grow there. I did this for months before I found out that it didn’t really work that way.

This feels like something the nuns would teach in Catholic School to scare everyone.

swaggy-spectacles:
I used to think that a woman would get breast cancer if she let a man touch her breasts.

breeseyb:
I’m the youngest person on my team at a pretty big corporate office so I get “justly” shit on all the time due to my naivety.
We had a conversation on gross sounding foods that are actually delicious. Like jello being cow bones, icecream having seaweed in it etc… At 25 years old I blurted out “Oh and Gravy being turkey blood!!! So gross, but pretty delicious”. The entire table just stopped eating, looked, and laughed. My dad convinced me they slit the birds throat and “juiced” it to make gravy.

s4ilorm00n:
When I was about 5 years old, I thought the inside bits of a pomegranate were “nemo eggs” and tried hatching a bunch of them in a sink full of water.

What a world this would be….

robizepic:
The more money someone has, the smarter.

WeaponsGradeDouche:
Limes were just lemons that weren’t ripe yet.

Somehow I made it all the way to my freshmen year of college before finding out that ‘hamster’ isn’t spelled with a ‘p’…I thought it was hampster. G-dang public school elementary education!

gamingguy1990:
That the umbilical cord was called the biblical cord until my late teens. Never seen it written down and had interpreted the way it was said incorrectly.
I felt like a moron when I finally found out that I believed it was biblical cord all that time.

RonaldTheGiraffe:
that cucumbers have souls and would feel pain when their fridge-mates were half consumed and returned to the fridge

Amlethoe:
I took “oral sex” a bit too literally, as in “talking sex”. I thought it was like phone sex or just saying sexy stuff.

Waaaaaaait a minute, this isn’t the case?

adamdeluxedition:
That the pictures on the side of the Uhaul trucks were rented specifically because someone was moving to that state. Didn’t realize they were random until I was probably 15.

Well, bros, that wraps up the coverage from my end but if you want to keep on reading these AskReddit stories you can CLICK HERE to see that thread in full! You can also drop your story in the comments down below.