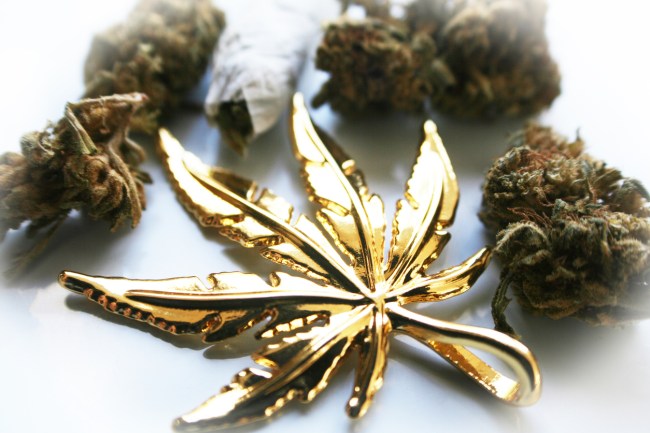 If you ever went through a phase in college where you had a Bob Marley poster on your wall, owned multiple Baja hoodies, and got a little too into Wiz Khalifa, then there’s a very good chance you dropped more money than you should have at one point to smoke the fattest thing possible.

Cops confiscate one of the biggest joints ever! pic.twitter.com/uB8i5IkYdL

For years, many people have become so preoccupied with whether or not they could without stopping to think if they should by cramming as much weed into a blunt or a joint as possible just so that they can say they did.

However, if you happen to have enough disposable income to not care about wasting some of your supply, I can’t hate on you for taking the chance to show off— which is exactly what someone in Las Vegas recently did.

According to Newsweek, the Nuwu Cannabis Marketplace claims they’ve sold America’s priciest legal weed after a guy from Los Angeles decided to drop multiple stacks of $20 bills adding up to $11,000 on what might be the most expensive joint ever purchased in the United States.

$11,000 #marijuana cigar sold in Las #Vegas on Friday, thought to be the most expensive individual legal weed product sold anywhere in the United States: https://t.co/LSJDN1xrzX pic.twitter.com/a5nzyDrfRH

The cannagar-wrapped blunt is draped in 24-karat gold and contains 24 grams of weed, which I’m going to say is more than any group of people would ever need to smoke in a single sitting.

It’s worth noting the joint isn’t technically the most expensive smokeable marijuana product ever produced, as one company created a $24,000 joint but auctioned it off at a lower price.

I guess the weed arms race has officially begun.