Feast Your Eyes On This Massive $24,000 Joint, The Most Expensive Ever Rolled 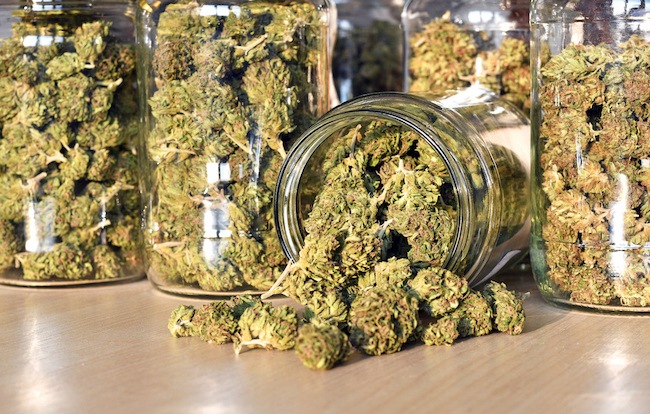 The bad news: we don’t yet have a cure for cancer, or flying cars, or a better form of contraception than condoms. Good news: we have a new world record for the most expensive joint ever rolled.

To celebrate its new compliance status in California, Stone Road Farms, a Los Angeles-based cannabis startup, commissioned a custom joint valued at $24,000 to be auctioned off at its pot party. It looked, quite literally, lit.

Cannabis startup Stone Road Farms commissioned a smokable elephant tusk for an auction benefiting the African Wildlife Foundation. Can you guess how much the 30-inch custom joint is worth?https://t.co/SvtBvom7hc pic.twitter.com/5WeHbKoNUN

After first inquiring with a Hollywood prop designer, who was unable to execute the masterpiece of marijuana for him, Corwin enlisted Weavers, a world-famous joint roller and artist, for the ambitious project. The process took more than two weeks to complete using one pound of Stone Road Farms’ ground cannabis and bubble hash (a refined hashish that bubbles when smoked) mixed with Team Elite Genetics’ award-winning flower and six ounces of Soilgrown Solventless concentrate (extract from the plant)—all wrapped with a blunt paper base topped with three layers of 24-karat gold Shine rolling papers.

In total, the joint weighed 1.5 pounds and measured 30 inches long. It was auctioned off for $4,000 to one of Stone Road Farms’ original investors, the proceeds of which will go to support the African Wildlife Foundation’s to stop elephant poaching and ivory trafficking (that’s why the joint is shaped like an elephant tusk.)

As weed culture is getting ore and more bougey, I can’t help but think of how my man Kyle is dealing with it.