The Most Expensive Coffee In The World Costs $601 Per Pound 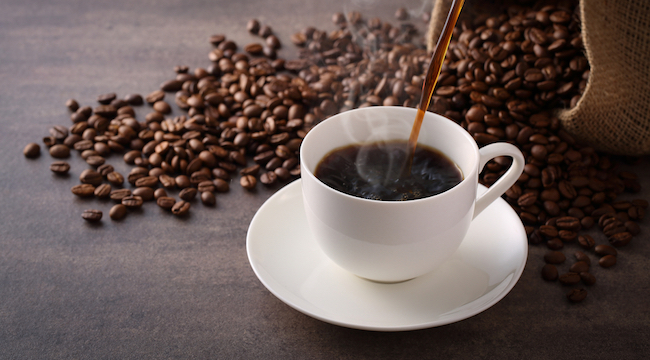 If you’ve ever been unfortunate enough to watch The Bucket List, you’re probably aware of Kopi Luwak coffee, a delicacy that is eaten and subsequently crapped out by a raccoonesque animal called the Asian palm civet. When the product passes through the creature’s digestive tract, it’s broken down by a number of enzymes that release flavors that are otherwise unknown to man.

The coffee has been considered the gold standard for years, but one shop in Southern California has allegedly claimed the title of the most expensive coffee in the world— a cup which retails for $55 per serving.

According to Forbes, Mike Perry is a chemical engineer turned coffee roaster who recently won an auction that lasted for 250 bids. He ultimately scored 11 pounds of Esmeralda Geisha 601, which is harvested from a small farm in Panama. He appropriately paid a total of $601 per pound.

While most people would likely be hesitant to spend $55 on a cup of coffee, Perry was bold enough to compare the drink to a not-so-reasonably priced glass of whiskey. He also claimed the process of harvesting coffee is “just as involved as a winery’s.”

If you’re curious about the flavor profile, Perry provided some insight:

“It’s just an explosion of flavors. You get a ton of fruit notes: strawberry and blueberry and blackberry, and the stone fruit from the peach. You kind of really can’t believe it’s just coffee—you think it’s spiked with something. But it’s not.”

He added the coffee doesn’t require any sugar or cream. If you’re somehow interested in scoring a cup, you can visit the Klatch Coffee shop in Rancho Cucamonga, CA. It’s worth noting you do get a free mug if you place an order, but if that’s what pushes you over the edge, you probably shouldn’t be spending $55 in the first place.