Here Is The Most Expensive College Of Every State In America 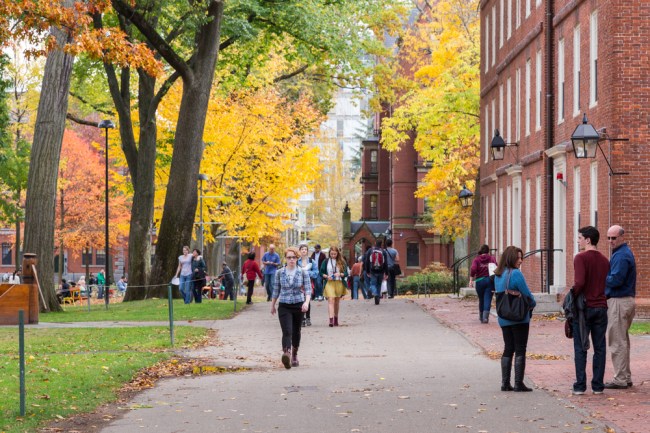 If you are looking a reason to never have children just look at this list below. College is a straight up debt scheme. Just peruse this list below of the most expensive colleges in each state in America. Harvey Mudd in California, after room/board/tuition/cost of living, comes out to just under $70K PER YEAR. Columbia University in New York isn’t too far behind at around $68K/year. Southern Methodist in Dallas, a school I went to my freshman year before transferring back to my home state of Florida and finishing college at FSU is a crippling $66,483 per year. Thank God I got out of there after only one year or I’d still be drowning under student debt.

Sure, these are the most expensive colleges of each state. In some cases the list from MSN has chosen to choose a state university but factored in out-of-state tuition. College doesn’t have to be this expensive, but it’s still shocking to see how goddamn expensive some of these schools are:

Pro-tip: if you want to save money just move to the Dakotas. The most expensive colleges in North/South Dakota are going to set you back as much as many in-state colleges across America when you adjust for cost of living…Sure, the schools aren’t nearly as good as others in America but you might manage to get a degree without crippling debt.

To see how those yearly costs break down you can find the original list HERE on MSN.