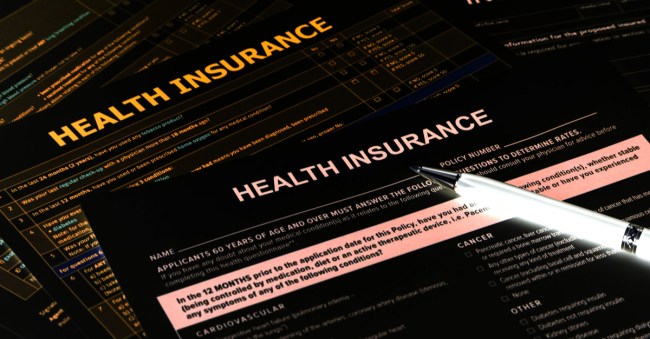 Health insurance, like, well, all insurance, sucks. It sucks paying for it. It sucks trying to actually use WHAT YOU ARE PAYING FOR. It just sucks. And yet, without it, you run the risk of being completely screwed instead of just partially by your insurance company.

So yeah, there is simply no way to avoid it. However, we can try to make buying insurance as painless as possible and that means shopping around (which also sucks). At the very least, we can help you figure out if the state you currently reside in is better or worse than the other 49 states when it comes to cost of insurance.

And we can do that thanks to the financial wizards over at cost information website HowMuch.net who put together two very handy maps showing the most and least expensive states for health insurance in America.

The two maps below, as I mentioned, first show health insurance rates by state, and then the second map displays the average annual deductibles with a silver plan. Find your state and see how it compares to others.

Here are some highlights of what their research uncovered… 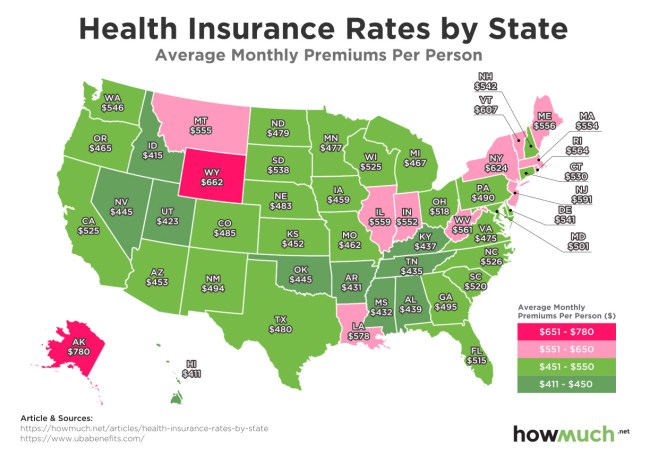 On this next map, states are split into four categories based on the average annual deductible with a silver plan and it revealed… 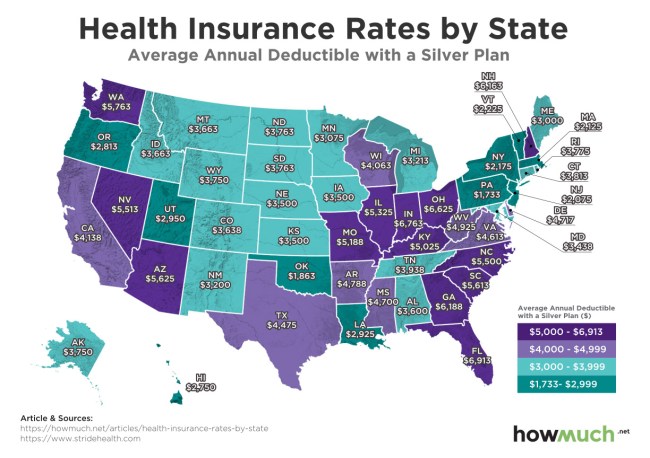 Average annual deductibles are more spread out compared to health insurance rates. States in the Midwest region, with some notable exceptions in the rust belt, have low deductibles compared to the rest of the country.

The rust belt is the region with the worst overall health insurance in terms of both costs and deductibles, but there are a few outliers. This is true of the south to a lesser extent. Deductibles are high in the south, but the premiums are generally lower. Indiana appears to have the worst combination of health insurance premiums and deductibles. The state has the 13th highest average monthly premium at $552 and the second highest a deductible in the country at $6,763.

So… what is a guy to do? Their advice when it comes to choosing health insurance is to take both factors (costs and average annual deductibles) into consideration. That or just move to Hawaii.

Check out the entire study, as well as the methodology used here.