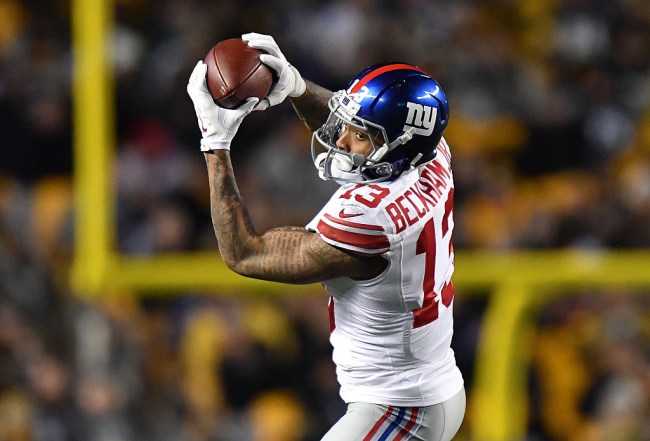 Odell Beckham Jr. is one of the most talented players in the NFL today, and he is also the most underpaid. The receiver is entering the fourth year of his rookie contract and will “only” make $1.84 million (not including bonuses) this season, so it’s understandable that he is following in the footsteps of FDR and trying to get a new deal.

Beckham has been pushing for the Giants to give him a new contract during the offseason, but the two sides have been unable to come to an agreement. It would appear that Beckham— who neglected to hold out— seems optimistic that a deal will be struck by the time the season starts. However, if the status quo remains the same,  Yahoo Sports reports that he’s prepared to take steps to protect himself in the form of a $100 million insurance policy.

The policy would reportedly cost Beckham $600,000 to take out and would pay out if he suffered an injury over the course of next season. Beckham recently signed an endorsement deal with Nike worth around $10 million, but it’s clear he thinks he’s worth much, much more when it comes to his performance on the field.

The news comes the day after the receiver was forced to leave a preseason game against the Browns early with a sprained ankle. He isn’t expected to miss any games because of the injury, but it’s clear he’s not taking any chances in the future.