Odell Beckham Jr. Forced To Leave Preseason Game With An Injury After Taking Brutal Hit To The Knees 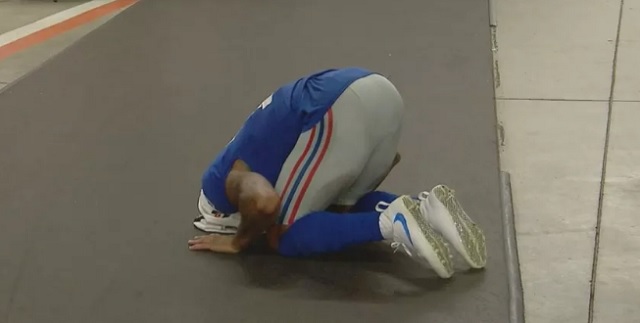 If you do this in a pre-season game, you should be suspended for the ENTIRE REGULAR SEASON. pic.twitter.com/f67pxykqqB

According to ESPN’s Adam Schefter the team has released statement saying Beckham suffered an ankle injury but is till being tested.