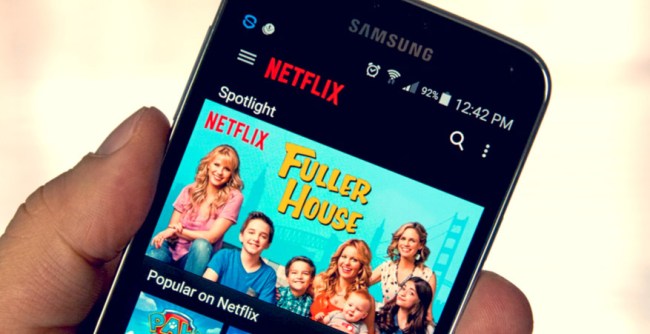 Once again the folks over at HighSpeedInternet.com have conducted a study to determine which Netflix shows were the most popular for each state in America in 2017. They have to do this study because Netflix doesn’t actually release viewership numbers, the spoil-sports.

Just as they did for 2016, they used Google Trends to discover which Netflix programs were most likely to be streamed in each state in 2017. Here’s what they discovered…

— Orange Is the New Black leads the pack as the favorite show in fifteen states. The next-closest show was American Vandal, which was the favorite in just five states. Aside from those two, no other show had more than three states where it was a favorite.

— Seven of these states where Orange Is the New Black was the favorite are among the top fifteen in incarceration rate per capita.

— Every state except one had a new favorite show in 2017. Arizona was the only state with the same favorite Netflix show in both 2016 and 2017: Orange Is the New Black.

— People in Alaska, Colorado, and Oregon were searching for Star Trek: Discovery, a show that isn’t available on Netflix in the US but is available internationally

Check out the map below to see which Netflix show was most popular in your state in 2017. 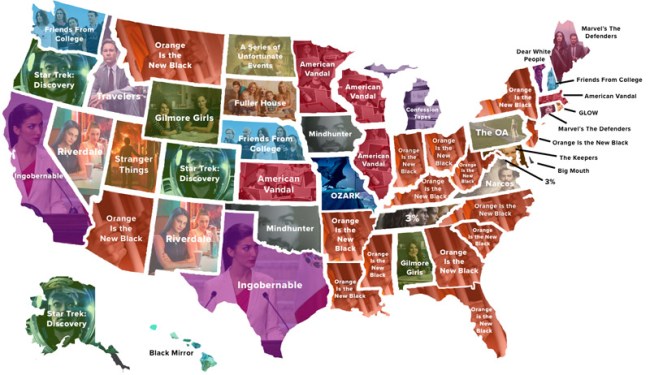 Below is a full list of the favorite Netflix shows by state. (You people really need to start watching Mindhunter and Ozark. Just sayin’.)

Back in July, HighSpeedInternet.com also researched which Netflix shows were the most popular in 91 different countries. View the results of that study here.