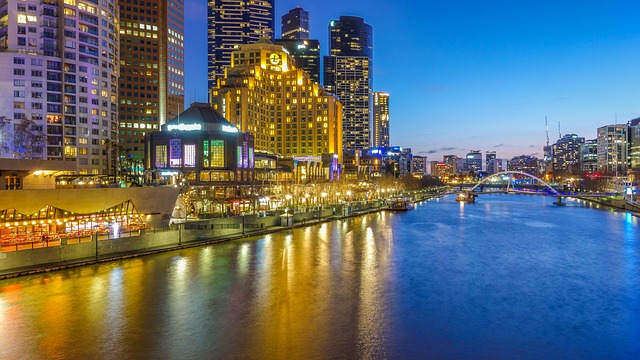 If you could live in any city around the world where would you want to live? For the last seven years, Melbourne was the place to live.. However, in this year’s Most Liveable City in the World list, the Australian city was dethroned by Vienna.

The Economist released the 2018 Global Liveability Index and the Austrian capital was ranked the top place to live in the world. Last year Vienna finished in second place to Melbourne, but rose up to snatch the top spot and dropped Melbourne to #2. Osaka, Japan came in third place with a score of 97.7.

Besides Melbourne, Australia was represented in the top 10 cities with Sydney at #6 and Adelaide at #10. The publication analyzed 140 cities and based their rankings on factors such as stability (crime and terrorism), health care, culture and environment, and infrastructure.

If you’re looking for the best place to live in America you’re going to have to scroll down the list for a while. The most liveable city in the U.S. doesn’t show up until you get to #23 with Honolulu, Hawaii. Honolulu scored a 95.0 for stability, 91.7 for healthcare, 88.0 for culture and environment, 100 for education, and 85.7 for infrastructure. The next top city in the United States was Pittsburgh, Pennsylvania at #32.

Meanwhile, our neighbors to the north dominated the 2018 Global Liveability Index with three cities in the top 10 including Calgary (#4), Vancouver (#6), and Toronto (#7). Western Europe featured nine metropolitan areas in the top 20 cities, and 26 of the top 66.

Larger cities did not fare as well as smaller cities since the massive populations burdened the infrastructure and generally equate to more crime. New York finished 57th, London 48th, and Paris was 19th. So pack your bags and get over to Vienna or Melbourne.

RELATED: Virgin’s First-Ever Adults-Only Cruise Ship Will Be Focused On Fitness And Conservation

RELATED: Best And Worst Airlines And Airports Of 2018 Named And The U.S. Sucks At Air Travel