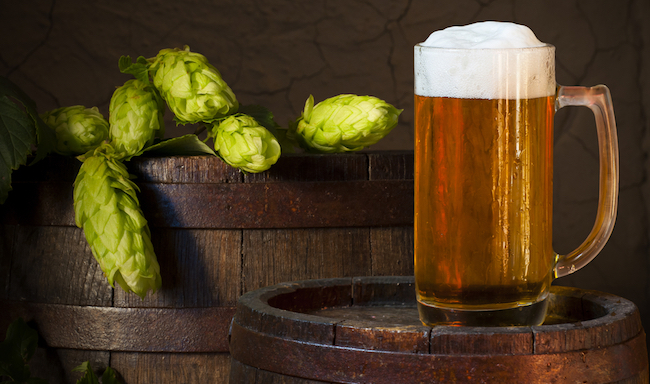 There are plenty of people out there who still associate craft beer with bartenders sporting ironic mustaches serving people drinks in mason jars at a bar lit exclusively by Edison bulbs, and while that stereotype might have been accurate a decade ago, many beers that were once considered elitist have entered the mainstream for good. Light beers might be America’s drink of choice, but craft beer is slowly but surely catching up.

If you frequent bars with a menu filled with microbrews or spend too much browsing the beer aisle, there’s a good chance you have Untappd on your phone, which is a must-have app for any serious craft beer fan. The company recently released a list of the craft beers that received the most check-ins over the course of the past year, and while sours and lagers seemed to be the up-and-coming styles of 2017, it doesn’t seem like the IPA will be dethroned as the king of craft beer anytime soon. 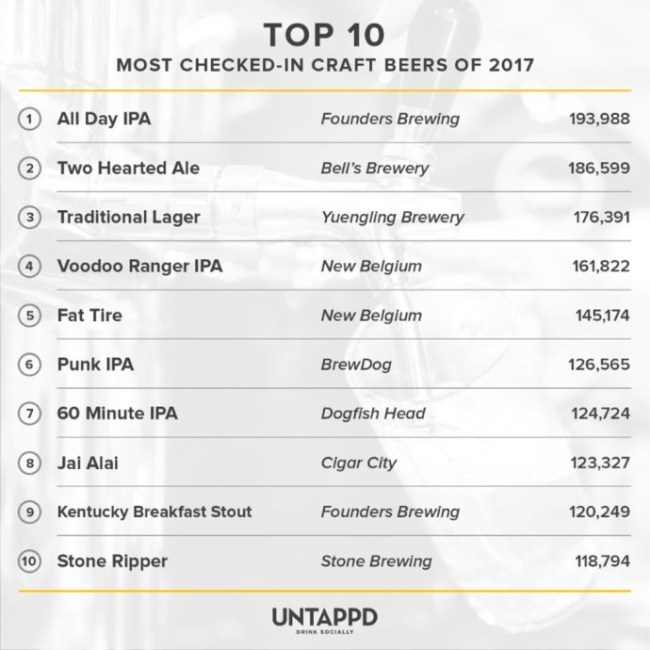 Over the past few years, Founders All Day IPA— which is basically the craft version of a light beer— has become the drink of choice for people who want to pace themselves while still getting their hop fix (it also doesn’t hurt that it’s sold in packs of 15). On the other end of the spectrum is the brewery’s barrel-aged Kentucky Bourbon Stout, which clocks in at an ABV of around 12% and joins New Belgium’s Fat Tire and the always reliable Yuengling Traditional Lager as the only non-IPAs on the list.

It seems like the craft beer industry is only continuing to add more hops to it, so it’ll be interesting to see if this trend changes in 2018.